ROCHESTER, N.Y. (WHEC) – An inmate at the Monroe County jail is accused of assaulting a deputy sheriff and sheriff corporal.

The Sheriff’s Office says they were responding to a report of an inmate tampering with the sprinkler head in his cell, when he punched the corporal in the face, breaking his nose. Another deputy received a cut on his arm. Both were treated at a local hospital.

The inmate, 37-year-old Evan Guzman, of Rochester, was charged with two counts of assault. He was arraigned in Rochester City Court Tuesday morning and remanded to the Monroe County Jail without bail.

Guzman has been held without bail in the Monroe County Jail since June 6, 2021 on a murder charge. While in custody, on January 16, 2022, Guzman broke another inmate’s nose, along with causing facial fractures. He was charged with assault for that incident. 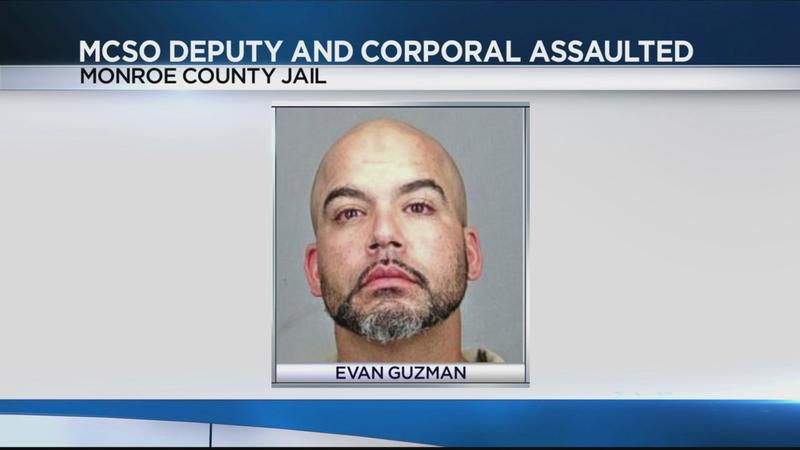