PENFIELD, N.Y. (WHEC) — In the past two weeks, standalone ATMs at two Chase Banks in our area were hit, and all the cash stored inside was stolen. The burglaries occurred in Henrietta on June 16, and Sunday morning in Penfield.

News10NBC hears from the Monroe County Sheriff’s Office about their investigation. In both incidents, the suspects used a pick-up truck to break open these ATMs. We asked the sheriff’s office about any possible similarities that may connect these two incidents.

He says investigators are on the case looking into the recent burglaries of Chase Bank ATMs in our area. The 2 incidents bore some similarities. In the June 16 incident in Henrietta, Zimmerman says a stolen black pick-up truck was used to break open the machine just after 4 a.m.

It happened again Sunday morning just before 3:30 a.m., this time at Chase Bank’s Penfield location. Zimmerman says the suspects used a stolen white pick-up truck on that ATM, stealing all the available cash. Both vehicles were abandoned before being found by police. 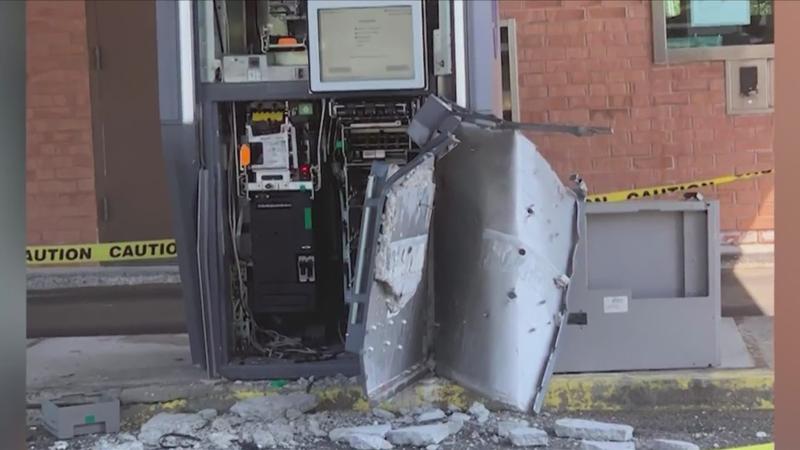 "Obviously we cannot say definitively until after we have them in custody, and they are similar. We do believe they are the same individual or individuals, and yeah there is a pattern now," said Zimmerman.

ATMs typically have an indeterminate amount of money stored in them but are also quite expensive as well.

"At this time we’re not releasing how much money was stolen. I can tell you that the ATMs were worth about $50K each, they were damaged pretty significantly," said Zimmerman.

He also says investigators have reached out to their partner agencies in both Western, and Central New York where similar crimes have occurred, and have been comparing the clues they’ve gathered. We asked if extra patrols were happening in areas where banks are located.

"That is already being done and has been, being done, and it’s definitely going to be done now," said Zimmerman.

News10NBC reached out to Chase Bank’s Media Contacts for an interview, but was sent a very short written statement that simply says, "We are cooperating with local police on their investigation."