PENFIELD, N.Y. (WHEC) — A domestic call for a man with a weapon at the East Ave Manufactured Home Park near Route 441 in Penfield shut down the road for a time Thursday.

MCSO when deputies got to the Glazer Drive home, there were three women and a baby in a mobile home and the suspect refused to come out.

Big police/SWAT presence in a Penfield mobile home park off of 441. @monroesheriffny has the road blocked at Gennis Drive. We’re here and we’ll have updates as we get them. @news10nbc pic.twitter.com/paaLDEN7Fn

"When we first got here, we made communication with the mother, and she was indicating through the window that there was some emergency, she felt threatened in the trailer," said Capt. Scott Alberti.

The suspect eventually came out after about an hour. MCSO says he was wanted on a warrant for criminal possession of a weapon.

.@monroesheriffny tells me it was domestic call for a man w/weapon. When they arrived, there were 3 women and a baby in the mobile home and suspect refused to come out. After an hour, he surrendered. He was wanted on a warrant for criminal possession of a weapon. @news10nbc

Sheriff Todd Baxter is on scene and we’re waiting for a briefing and will update you with additional information as it comes in. 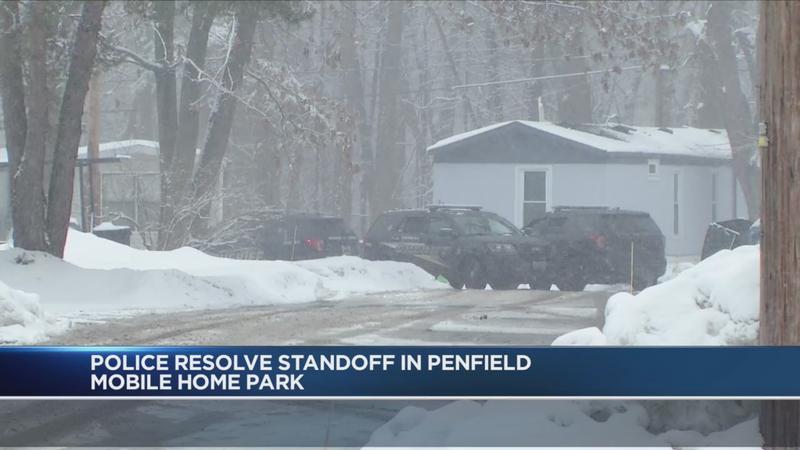