In social media posts, Bello says the college "made the right decision" to rescind the "Promoting Excellence in Diversity Grant" for Jalil Muntaqim, the man who then known as Anthony Bottom, killed two New York City police officers in 1971. But Bello says he takes issue with the characterization of Muntaqim as a "political prisoner" in the college’s calendar description of the event.

Bello writes "The continued characterization of Mr. Muntaqim as a ‘political prisoner’ on the college’s event calendar is beyond inappropriate, not up to our community standards and hurtful to the families of the two men he executed. Muntaqim helped ambush and kill New York City police officers Waverly Jones and Joseph Piagentini. To promote Mr. Muntaqim as a ‘political prisoner’ is purposely divisive and wrong." 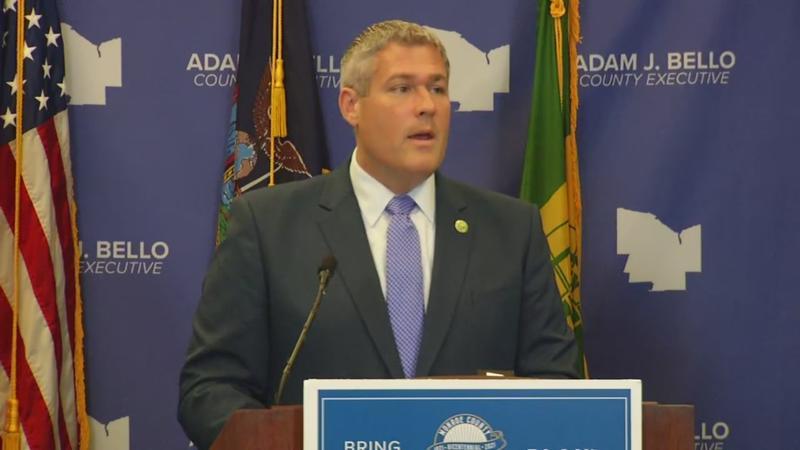 After increasing public pressure, SUNY Brockport announced Wednesday that it would be canceling the appearance fee for Muntaqim, but his April 6 appearance would go on as scheduled. The "Promoting Excellence in Diversity Grant" program was also paused so that the college could review and revise the application process.

Across the aisle, the Monroe County Republican Committee released the following statement calling on State Democratic leaders to let the public know where they stand on the issue:

"News that SUNY Brockport invited convicted cop-killer Anthony Bottom to its campus to speak about his experience as a “political prisoner” has received national attention. The decision from SUNY Brockport has been strongly condemned by elected officials, civic leaders, law enforcement and more from across our community and the nation. Even the widow of one of the murdered police officers, Diane Piagentini, wrote to the Brockport President pleading for Anthony Bottom’s invitation to be revoked.

"Noticeably absent from the discussion is any of our Democratic State Leaders. To date, none of them have weighed in to let the public know if they think it’s appropriate for a convicted cop-killer to be welcomed to a college campus in our community as a ‘political prisoner’.

"We urge the public to contact these elected officials and ask them where they stand. We also strongly encourage the media to hold these public officials accountable for their silence on this important issue in our community."

Just Wednesday, when Lt. Gov. Brian Benjamin was in Rochester, News10NBC Investigative Reporter Jennifer Lewke attempted to get a comment about Muntaqim’s speaking engagement at the college, but he told her "no comment", and got into an SUV that drove off.

After this event, @LtGovBenjamin was heading to @Brockport‘s downtown #ROC campus for a meeting w/local elected officials–I have asked @GovKathyHochul‘s office if he also met w/Brockport leadership (but they haven’t gotten back to my 3 prior requests for comment on this story) https://t.co/qZBHD7zyU9

On Thursday, Gov. Kathy Hochul did not take off-topic questions during her daily press conference.