Fogg is a long-time attorney, and according to President LaMar the most qualified candidate for the position. She says he received unanimous support from the 7-member selection panel.

"I am extremely excited to announce that I will be submitting Legislation to the Monroe County Legislature to appoint Robert Ross Fogg as the next Monroe County Public Defender," said President LaMar as she stood with local faith leaders, and city, and county leaders. LaMar says she made sure things were done right with this selection.

It’s been 215 days since the County had a public defender. LaMar says the last three public defenders were hired from within, and it was time to look at a candidate from outside Monroe County.

"This was not an easy decision. In the end, I decided that we need someone from outside of the public defender’s office to take a fresh look at the organization, and its operations to enact changes the public defender office needs," said LaMar. 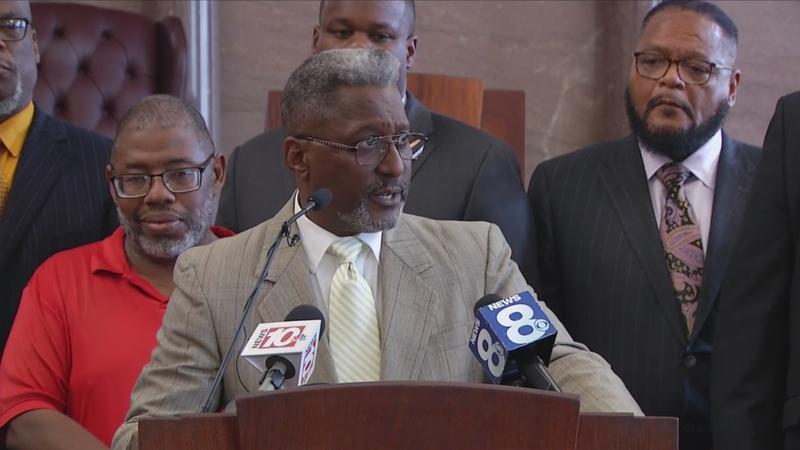 Since the departure of former Public Defender Tim Donaher, LaMar says politics has taken precedence over people. Democratic Caucus Leader Yversha Roman released this statement saying…"We look forward to exercising our right to vote as duly elected legislators and represent the constituents which we serve – anything further is political strong-arming that undermines democracy."

LaMar added, "Mr. Fogg is non-political. He has never run for office. Instead, he has spent his life in the trenches representing the least amongst us."

Before Fogg can take over the office he must first be voted in by the County Legislature. He’s already working on some priorities for the office.

"There are things that need to be done. I mean there are positions that have not been filled. So we’ll be actively doing that but the one thing we will definitely want to do is make sure that we return calls, meet with our clients, and make sure our client’s perspective on their own individual cases," said Fogg.

A definite date has not been released for the Legislative vote. LaMar says it can happen as early as the first Tuesday of next month.