ROCHESTER, N.Y. (WHEC) — A new program is being considered by the City of Rochester to try to get shooters to stop pulling the trigger. Advance Peace offers those who are likely to shoot or be shot a fellowship that includes monthly stipends and travel as a way to deter violence. Free the People ROC has been pushing for the City to consider bringing this program, or one like it to Rochester for months.

Advance Peace does not involve law enforcement. Mentors, men, and women who’ve been involved in shootings themselves in the past, work to get current shooters on a different path.

Boggan launched the program in Richmond, California when he was brought in to create an office of neighborhood safety. Since that time, he’s brought Advanced Peace to a number of other cities including Stockton, Fresno, Sacramento, and soon, Lansing, Michigan. 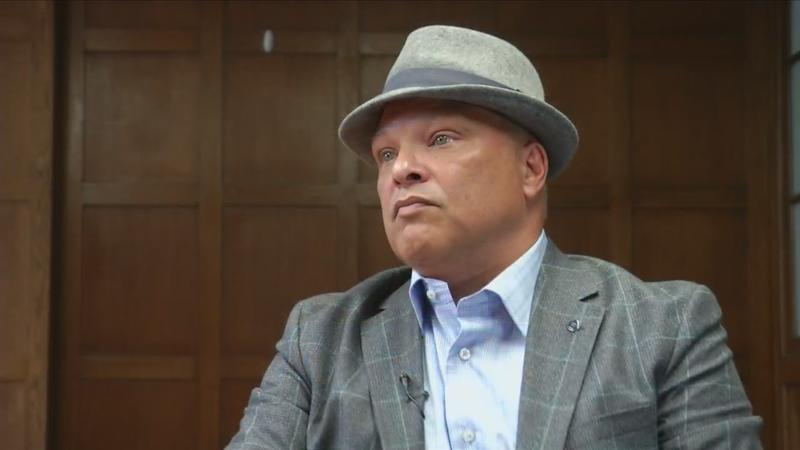 “The hood is the hood everywhere I go… I learned that the cities are more alike than different when it comes to this issue within the space,” he told News10NBC.

Jennifer Lewke (News10NBC) – How do you reach those who are in a gang, lower level guys who have to answer to someone?

Devone Boggan – You’ve got to always engage the individual at the top of the hierarchy and that’s what we do.

Jennifer Lewke – You go right to the top of the gangs?

For the first 6 months, it’s about building trust.

“Most of these guys are thinking about the day because today is the only day promised and that’s not (really) promised to me so we want to begin to get them to think about life long-term,” Boggan said.

Then, the fellows are asked to make a Life MAP, setting goals for themselves they’d like to reach; if they begin to do that—they start getting stipends of around $1,000 per month.

Devone Boggan – My children get or they got when they were at home an allowance for doing things in my house they should have done for free, it’s a middle-class value and why not expose these individuals to that? But, it’s also a communication that says you’re valuable, you’re worthy and why not celebrate your achievement.

Jennifer Lewke – The number one question you must get is, "You are paying these men, and sometimes women, to not shoot people?"

Devone Boggan – Sure but that’s not what we’re doing. These individuals are earning an allowance, an award for achieving goals associated with developing their lives.

Jennifer Lewke – If they shoot are they kicked out?

Advance Peace is not a quick fix. Each fellowship lasts for at least 18 months.

“This program, over time will create a situation by where they understand that a firearm as a conflict resolution is not the only answer,” Boggan says. The program also consists of what’s called transformative travel, “you have to be willing to travel with someone who is trying to kill you and someone perhaps you’ve been trying to kill yourself. We’ve been all over the country all over the world with fellows and we’re batting 1000,” Boggan added.

Jennifer Lewke – Theoretically, they (fellows) could hit their goals but still have a gun in their pocket?

Jennifer Lewke – And what if they use that gun?

Devone Boggan – The program is for shooters, we anticipate in fact that shooters are going to shoot at some point during their fellowship experience. Shooters don’t just stop shooting and that’s the problem that most of us do-gooders don’t want to accept or understand.

Boggan says long-term data of the program in other cities shows that over time, gun violence is reduced in Advance Peace cities.

“Within 24 months, you’re going to see 20 to 40% reduction and gunfire I can tell you that will happen here,” he told News10NBC.

A recent study by UC Berkley found the program has helped to decrease firearm homicides and assaults, in Stockton, California for example, by almost a quarter.

The cost of Advance Peace is about $30,000 per fellow and the organization requires a City have at least 25 fellows per cohort. They also want a three to five-year commitment.

In some cities, taxpayers cover the cost of set-up and operations and philanthropic agencies cover the stipend and travel expenses.

Current Rochester Mayor Lovely Warren supports the program and is currently putting together the details as to how it would work here. She expects to submit some plans to City Council in August and hopes to finalize an agreement before the end of her term.

News10NBC spoke with Malik Evans, who will likely take over for Warren in January. He says he still has a lot of questions about the program and how it fits into the bigger picture of violence prevention and hasn’t made any commitments yet.