MYRTLE BEACH, S.C. (WMBF/WHEC) — News10NBC has learned that new information in the case of the Chili teenager who disappeared in Myrtle Beach more than a decade ago is expected to be released soon.

Our affiliate in the Myrtle Beach area, WMBF and News10NBC were able to confirm from multiple sources that there will be an update on the investigation "soon", but sources could not provide a concrete timeline, or what specific details are expected to be released.

Raymond Moody, a convicted sex offender who was a person of interest in the disappearance of Brittanee Drexel, is in custody in the Georgetown County Detention Center as of Wednesday evening. He’s being held on an obstructing justice charge. The Federal Bureau of Investigation (FBI) would not confirm Moody’s connection to any new developments.

No bail has been set for Moody. Back in August 2011 investigators combed through the hotel room Moody was staying in. Police removed several bags of evidence but never identified him as a suspect. In February 2012, Moody was named a person of interest in Drexel’s disappearance. Moody served two decades in prison for the rape of a young California girl in 1983. 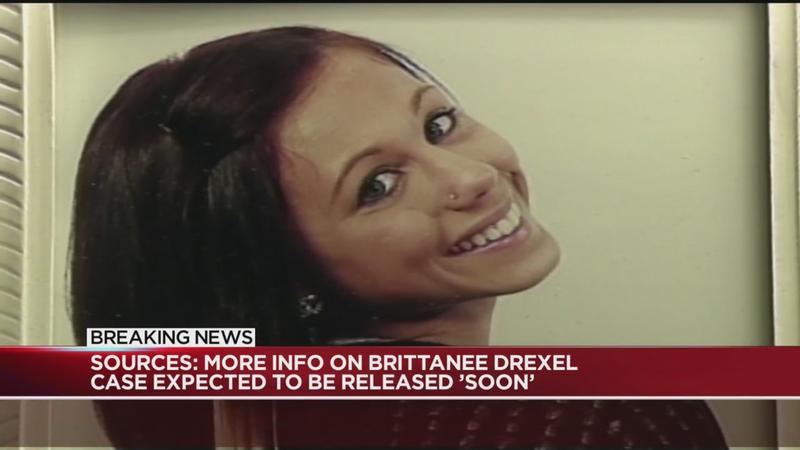 Moody was living in Georgetown at the time of Drexel’s disappearance.

On Wednesday, News10NBC Anchor and Investigative Reporter Brett Davidsen learned in South Carolina that two arrest warrants were issued, one on May 5 and another on May 9. He tried to speak with the sheriff’s office for more details, but they would not comment.

Drexel was 17 years old when she was last seen on April 25, 2009, outside the Blue Water Resort. She was visiting Myrtle Beach for spring break. Her body has never been found.

An FBI agent’s 2012 testimony outlined that investigators believed she had been taken to a “stash house” in the McClellanville area, sexually assaulted, and eventually killed.

Last month, News10NBC Reporter Patrick Moussignac spoke to Drexel’s mother, Dawn Pleckan, at the 13-year mark since her daughter was last seen alive. They discussed her continued search for answers.

"You know we’re just praying that some answers are going to come soon," Pleckan said.

She told Moussignac that as of than she hadn’t heard much from investigators.

"They haven’t really discussed too much with me," Pleckan said. "They’re keeping everything close to them. I know that they’re actively working on her investigation, and they have been. I’m in contact with them quite a bit."

"I know a lot of families usually go through this with having a missing person, but it’s very frustrating to the family. You know Brittanee didn’t disappear off the face of the earth," Pleckan said. "We’re just hoping, and praying that answers will come soon. Being in this for 13-years, it’s horrible. You know we just want Brittanee found. We want whoever has done this brought to justice."

Davidsen has reached out to Pleckan, but as of Wednesday night, she would not comment.

Click here for News10NBC’s past coverage on Drexel’s disappearance.