ROCHESTER, N.Y. (WHEC) — A motorcycle crash sent three people to the hospital Sunday afternoon on North and Alphonse Street in the city of Rochester.

Police responded to the report of a motor vehicle accident involving a car and a motorcycle at approximately 2:48 p.m. Upon arrival, they found a motorcycle down on North Street.

The operator of the motorcycle sustained minor injuries, as well as the passenger, and they both were transported to Rochester General Hospital.

The driver of the car sustained minor injuries and went to the hospital as well.

Police say that the motorcyclist did not yield the right of way to the vehicle. 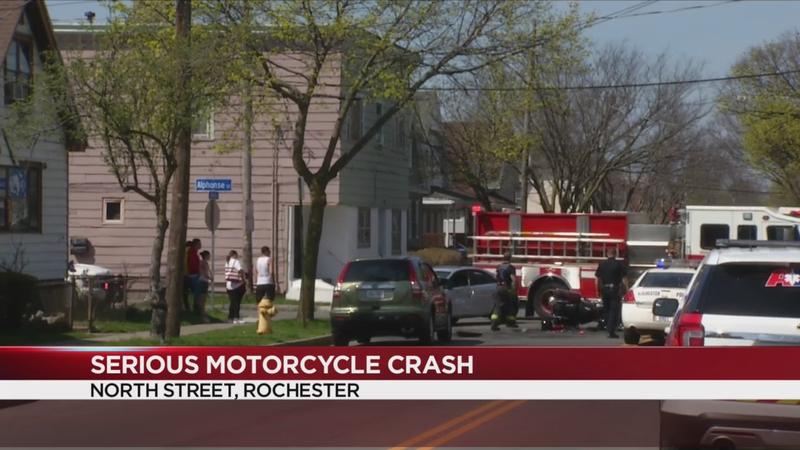 The motorcyclist was issued a ticket for failure to yield the right of way.