MACEDON, N.Y. (WHEC) — Motorcyclists took to the streets of Wayne and Seneca counties to show their support for first responders.

The "We The People" Ride and Rally is a staple of that area over the last several years.

Riders said recently the jobs of police, firefighters, and EMS crews have only gotten more difficult, so that’s why it’s so important to say "thank you."

“In law enforcement, and it’s true across all the others, but you know law enforcement we’re about three to four times more likely to die by suicide than we are to be killed in the line of duty, so we have a lot of problems with that and then obviously, with just the stress and trauma and you know, society situations right now. We have a lot of PTSD, we have a lot of depression, a lot of anxiety, so it’s just trying to get people those resources and help them out in any way we can,” Matthew Carpenter, Vice President of New York Law Enforcement Assistance Program said

There were guest speakers, as well as apparel available to purchase and show support. 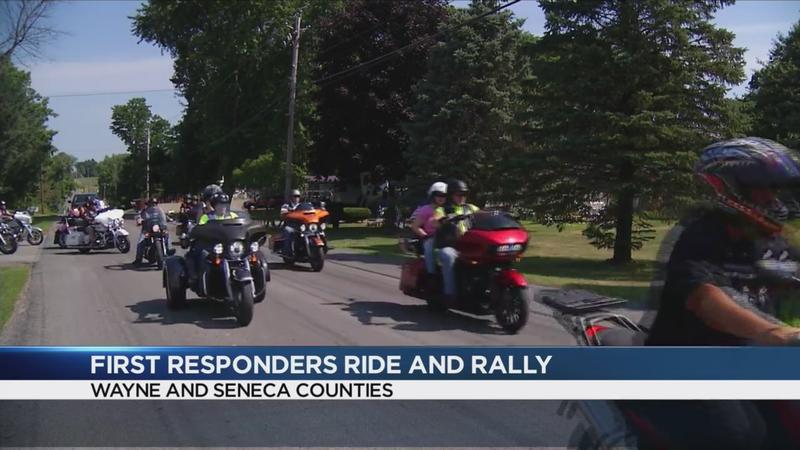