Police say officers tried to stop a car for vehicle and traffic violations on 5th Street around 10 p.m., but the driver took off.

They followed the driver to Bay and Ackerman streets, where he ran away.

One officer jumped over a fence, attempting to follow the suspect. That officer broke his leg.

Police say he is going to be ok. 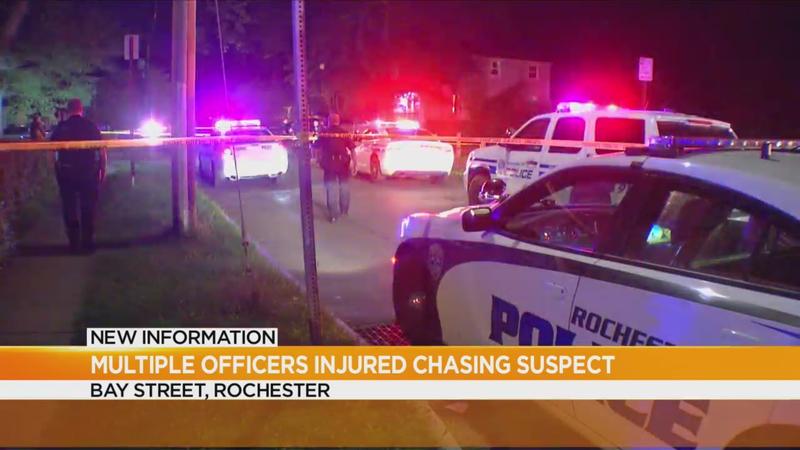 Police are still looking for the suspect.

There was a 17-year-old girl in the car with the suspect, and she is now facing multiple gun charges after police say they found two loaded guns at the scene.