GREECE, N.Y. (WHEC) — A little more than a year ago, one of the most dramatic and complicated police investigations was underway.

Greece Police and the U.S. Marshals were searching for two children kidnapped from their foster home in Greece. Their biological father, Dimitri Cash, and two others were arrested.

Tuesday the father of the foster family testified about coming home to find his family hysterical and two children missing.

The two children were DJ and Kira Cash, brother and sister living at their foster home in Greece with five other foster children.

Their foster and soon-to-be adoptive father David testified at the trial Tuesday. The DA’s office asked that we not broadcast his last name to protect all of the children involved. 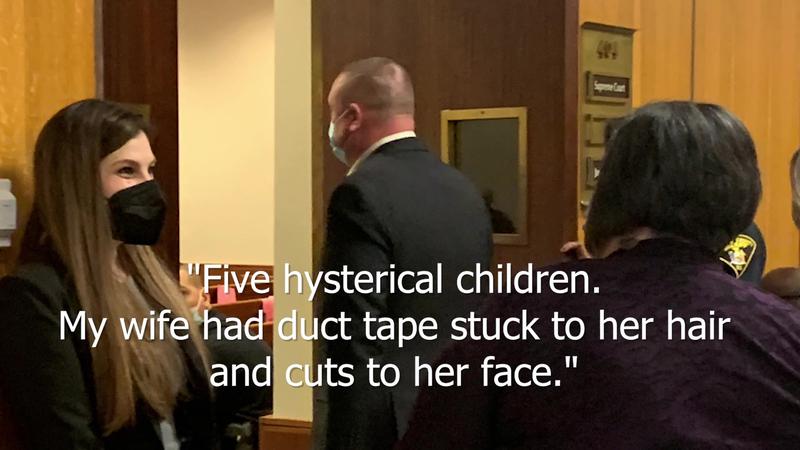 David was called home from work the night the children were kidnapped.

When he got home he testified he saw "five hysterical children. My wife had duct tape stuck to her hair and cuts to her face." When asked what he was told about DJ and Kira, David started crying as he said "my wife said they were gone."

"We all have the same sense of urgency," former Greece Police Chief Drew Forsythe said on Jan. 19, 2021.

At the time of the news conference, the children were missing and police said two people broke into the foster home, injured and bound the family, took DJ and Kira and escaped in the family van.

Police did not know where the children were but they knew they wanted to talk to their father, Dimitri Cash.

"The father Dimitri is definitely someone we need to speak to," Forsythe said.

The children were found four days later lying on the floor of a car in Alabama. Joenathan Cash, Dimitri’s cousin and a woman named Kimara Pluviose were arrested. Pluvoise was caught in Alabama.

Dimitri was arrested two days after that in Rochester and charged as an accomplice with kidnapping, burglary and robbery.

Cash is now defending himself and he questioned David.

Cash: "Did I, Dimitri Cash, ever make admissions to you that I did it?"

Cash: "Did I make admissions to burglarize and rob your home?"

The prosecutors showed security video taken at the foster home on Jan. 17, 2021, the day before the alleged kidnapping. It appeared to show someone lurking behind a camper next to the home.

In his cross-examination Cash asked David, "Do you have ghosts at your property?"

The prosecutor objected and Judge Vicki Argento sustained the objection.

The prosecution also entered as evidence photos of the foster home taken from across the road and a page of a black and white composition book which appeared to show a drawing of the layout of the foster home complete with the location of windows, doors and stairs.

Prosecutor Pat Gallagher asked David if he took the photos and if the book belonged to him.

David did testify that the security cameras at his home were changed to aim up towards the sky. Prior to Jan. 18, 2021, David testified that they pointed toward the ground around the house.

Judge Argento issued a gag order so the lawyers can’t talk to me.

It is interesting to watch Cash work.

On the one hand, he appears calm and confident, makes objections, and asks to review photos before they are entered into evidence.

On the other hand, he breaks the basic rules of a trial. For instance, he repeatedly started testifying only to be stopped by the judge and told he can only ask witnesses questions. Cash is also dressed in this jail-issued orange jumpsuit.

At some point soon, the foster mother who police say was bound in duct tape during the kidnapping will testify.