The protesters were wearing nothing but spit hoods, a reference to the body cam video that was released last week of Daniel Prude.

Demonstrators are sitting silently with their hands behind their back and spit hoods over their head. #DanielPrude @news10nbc pic.twitter.com/kI4NzQRU0I

The 41-year-old Black man was not breathing and had no pulse after officers restrained and handcuffed him. He died seven days later in the hospital after being taken off life support.The medical examiner ruled his death a homicide and says Prude died from complications of asphyxia due to physical restraint, excited delirium and PCP.

The demonstrators are pushing for greater police accountability measures across the state and are calling for state lawmakers and Gov. Andrew Cuomo to take up the following legislation:

Rochester City Councilwoman Mary Lupien says it’s important to remember when there’s oppression anywhere, what happened to Prude could happen to anyone else.

"We are all mothers and daughters and fathers and brothers and we are all human beings and you know the police need to treat the community and communities of color with respect and dignity that they deserve," Lupien said.

The city councilwoman also said there will be a community discussion over Zoom from 6 p.m. to 8 p.m. Wednesday. The discussion will feature experts who are implementing this type of response in their own cities. 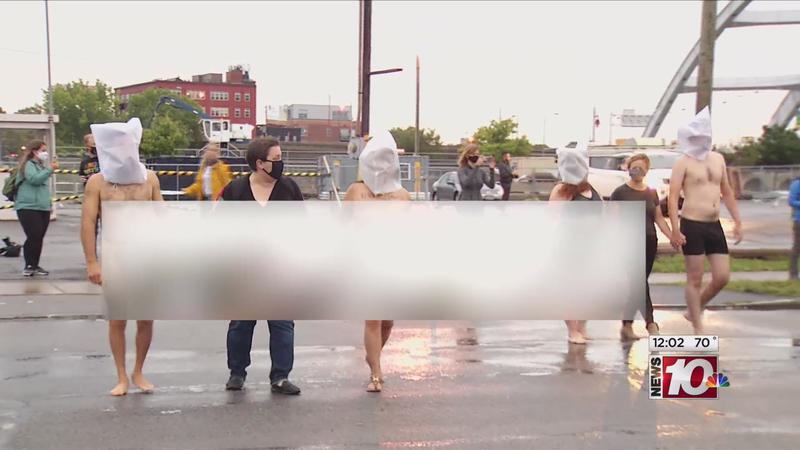 The second hour will be an in-depth Q and A for state lawmakers and government officials on the proposed legislation.