Naked protesters kneel on the steps of City Hall

Once again, while some wore underwear, many protesters were only wearing spit hoods with their hands tied behind their backs when they arrived at City Hall. It is a reference to the bodycam footage of Daniel Prude that was released showing the events of March 23.

Prude, 41, was not breathing and had no pulse after officers restrained and handcuffed him back in March. He died seven days later in the hospital after being taken off life support. The medical examiner ruled his death a homicide and says Prude died from complications of asphyxia due to physical restraint, excited delirium and PCP.

Like the demonstration held at the Public Safety Building on Monday, protesters say they chose City Hall because it is a location of power.

The event organizer Betty Wolfanger explained what the group is trying to accomplish. 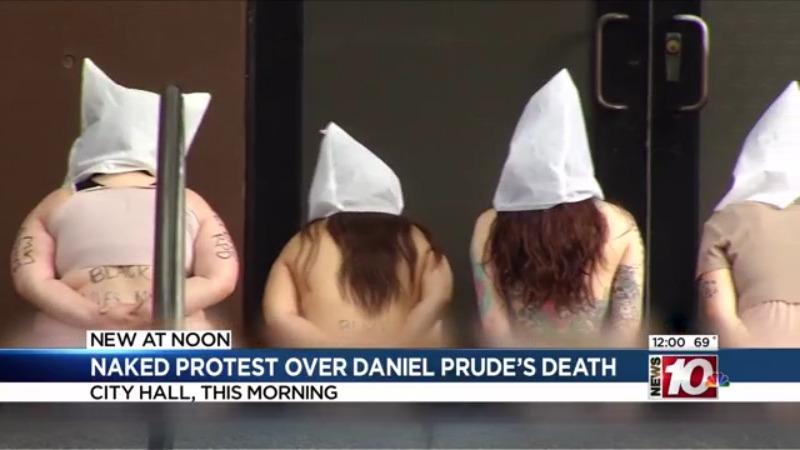 "What we’re trying to do is we’re trying to remind people that they have a responsibility to protect the citizens including the very most vulnerable amongst us," Wolfanger said.

The group said that it supports the demands of Free The People Roc, including its call for the resignations of Mayor Lovely Warren and Locust Club President Mike Mazzeo.

Wednesday night was the eighth night of protests over Prude’s death in Rochester, and Rochester Police say no arrests were made and no force was used.

Protests are expected to continue Thursday.