The trooper has been identified as Anthony Nigro, a 14-year veteran of the NYSP assigned to Buffalo.

The person shot and killed is 38-year-old James Huber of Pennsylvannia.

It started with calls about an erratic driver on a nearby highway Saturday morning.

New York State Police say the trooper tried pulling the driver over, but he drove into the City of Buffalo. Troopers called off their chase at that point. 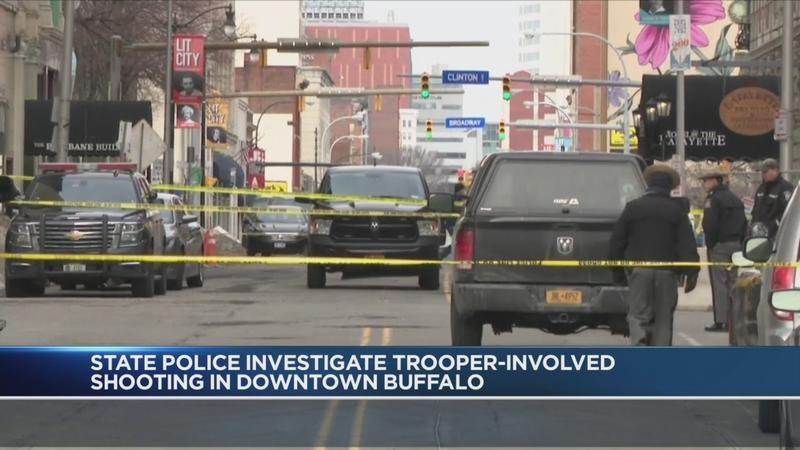 Troopers found the driver later and approached the car giving verbal commands, according to state police.

Command investigators say the driver ignored, prompting one trooper, to reach into the vehicle. Police say the driver tried to flee again and then the trooper fired.