Security officials say it will help find things like explosives. Using x-ray technology, these scanners create a clearer image of items in your bag, which means, ideally, you won’t have to take anything out of your luggage.

"You don’t have to take out all the electronics, and all that sort of stuff, and they can tell what something is because they can see better,” Julie Bierbaum said, who traveled to Rochester.

Packing for a trip can be tough, most of us play a game of Tetris to fit as much as we can into our luggage and even carry-on bags. Passengers using these machines will be able to leave their bags zipped.

"It’s like a cat scan for you carry on accessible property, it is 3-d, preventing prohibited items from getting onto a plane like a knife, a handgun or an explosive,” TSA’s federal security director for Upstate New York, Bart Johnson told News10NBC. 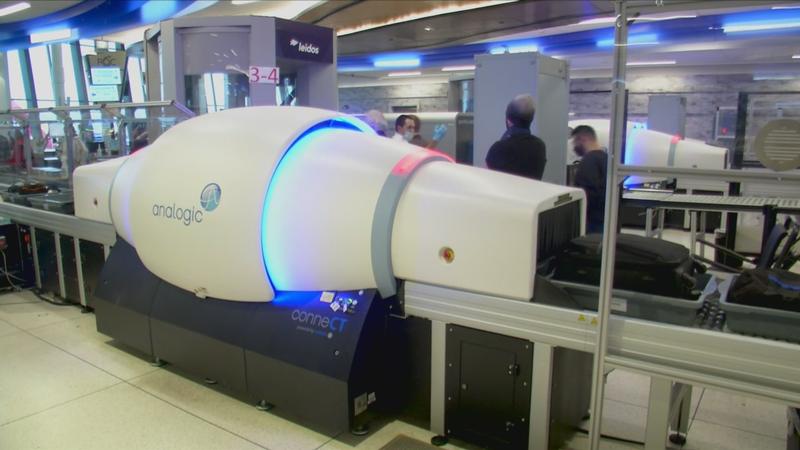 TSA officers can use touch screen monitors for a 360-view of a bag. X-ray cameras spinning around the conveyor belt can shoot hundreds of images.

"It gives a much sharper picture, it actually self identifies things that appear to be an anomaly, which also takes some of the load off of the officer,” Johnson said.

Travelers who have been through the experience say it makes lines move faster.

"Put your baggage on, go through and pick it up on the other side, and you’re through,” Bierbaum said.

"I think it’s awesome, so you don’t have to take anything out, and you don’t have to hold up the line because you’re putting everything back in,” Yamaric Echevarra, another traveler said, who was headed out to Florida.

Johnson said that he anticipates these scanners will also cut down on physical bag checks. He says five of the six TSA checkout lanes at the Rochester airport have been upgraded.