ORCHARD PARK, N.Y. (WHEC) — The Buffalo Bills will stay in Buffalo for at least the next 30 years and they’re going to get hundreds of millions of New Yorkers’ tax dollars in the deal detailed Monday.

Gov. Kathy Hochul, the Bills, and the NFL announced an agreement Monday on how they intend to pay for the construction of a new $1.4 billion stadium in Orchard Park.

New York State taxpayers will shell out $600 million toward the construction costs and the state will fully own the facility and lease it to the Bills. Taxpayers in Erie County will add another $250 million.

Owners Kim and Terry Pegula will cover the remaining $550 million. They’ve already secured a $200 million loan from the NFL toward that.

It’s already being called the largest construction project in Western New York when work officially begins on the brand new Buffalo Bills Stadium. The project is predicted to create at least 10,000 construction jobs alone, and workers will come from all over the area. 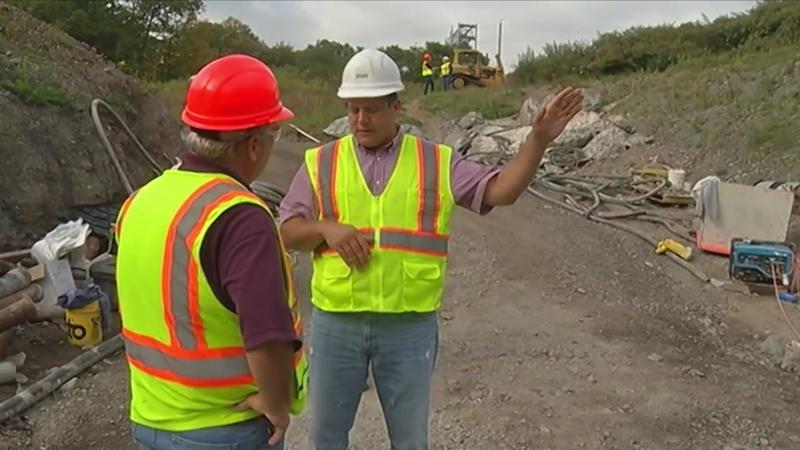 "The men and the women who will be building this project will be the men and women of union labor here in Western New York, and because of the size of this project we believe that Rochester’s Union Labor Building Trades will benefit from it," said Erie County Executive Mark Poloncarz.

Rochester Building and Trades Council President Grant Malone couldn’t be anymore happier after hearing the news that unionized construction workers will do all of the work.

"We’re excited here to have an opportunity to put local people to work. Local tradesmen, and women," Malone said.

He also explained why it’s so important to go with union labor.

"You get a fair wage,” Malone said. “You have healthcare, and you participate in a retirement program. You can raise your family. You can supply for your family. To me, it’s the only way to go, and the craftsmanship is definitely top-notch."

The stadium is slated to be a 1.3 million square foot facility. Plenty of work for both unskilled, and skilled laborers who are looking for a career.

"In the construction industry, this is where you want to be,” Malone said. “There’s no doubt about it. So again we’re all reaching out to everybody we can because we see this work coming and it’s a big boom for New York State."

Malone said the Rochester Building and Construction Trades Council is made up of 24 different trade unions and says each one should have a piece of the pie in this project.

The New York State Building and Construction Trades Council represents about 200,000 tradespeople all across the state.