ROCHESTER, N.Y. (WHEC) — When classes start next week for students in the Rochester City School District there will be a new man at the helm of School #2. A man, who as a kid was sent to the principal’s office himself but now sits in the principal’s chair.

Corey Hepburn is the new principal at Clara Barton School #2 in Rochester. He replaces his former High School Spanish teacher who retired earlier this year. The school sits in a neighborhood Hepburn is very familiar with.

“This is the community that raised me,” he told News10NBC.

On Monday, Hepburn was welcoming back teachers and staff who were preparing for the return of students next week but Hepburn’s own back-story is one that his students can learn from and be inspired by.

Hepburn is one of six brothers and sisters who was born and raised in Rochester. 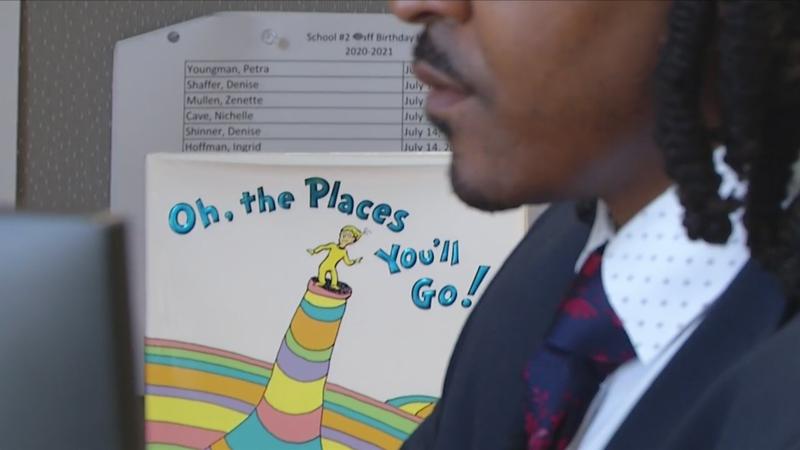 “The fondest memories I have are around report card time, having the siblings in the household and seeing who did the best and looking at the feedback you received on your report card from your teachers,” he recalled.

But he learned at a young age, like some of his students have, about tragedy, heartbreak and gun violence.

In his office, Hepburn has three large pictures. One of Trayvon Martin, one of Sandra Bland and one of his brother, Sheldon Hepburn.

“These images are a reminder for me daily that sometimes life is cut short and statistics. Say that if a young man doesn’t graduate and earn their degree before they’re 30 then the likelihood of them ending up dead or in jail increases by 70% and my brother fell into those statistics,” he said.

Sheldon Hepburn was killed in 2011 when he went to visit a friend’s home that was being robbed and ended up getting shot four times.

It hasn’t always been easy for Corey Hepburn to stay the path but he never strayed far or for too long, “even if you have had those off-setting experiences where you need a reminder in the principal’s office, which I had many of, that is not your failure. Correction does not mean that you failed it just means that you need to correct something to do better,” he explains. And that is what he’s hoping to instill in his students, “regardless of the challenge, we are seizing opportunities we are going to create more of them,” he says, “you find those bright spots and you clone them and then you affectively see change.”

Hepburn has already hit the ground, literally—going door-to-door in the neighborhoods surrounding School #2 to introduce himself to families, “some are surprised, their principal is in the community knocking on doors, and getting to meet them and having those conversations, really surveying what they feel is working at the school and in the school community and what we can do better, that has been an experience in and of itself building relationships and restoring relationships,” he says.

He’s committed to making a change, “I’m glad to be in the space where I can do the work right here alongside the community that raised me.”