ROCHESTER, N.Y. (WHEC) — Get a shot, get a chance at concert tickets.

It’s the latest vaccine incentive announced by Monroe County and the City of Rochester. From now until July 31, anyone 18 years and up who gets a COVID-19 vaccine will be eligible to be entered into a weekly drawing for a pair of tickets to the ROC Summer Soul Festival.

The festival is set to happen on Aug. 27 and 28 and will be headlined by Boyz II Men.

Twenty-five winners will be drawn each Sunday for four weeks beginning Sunday, July 31 through Sunday, Aug 1. Those who get the shot can enter at both their first and second-dose clinic, though the county says people who get the single-shot Johnson & Johnson vaccine will still be able to enter twice.

Names of winners will be shared on the ROC Summer Soul website and flvaccinehub.org and announced on 103.9 WDKX. Tickets will be mailed to winners. 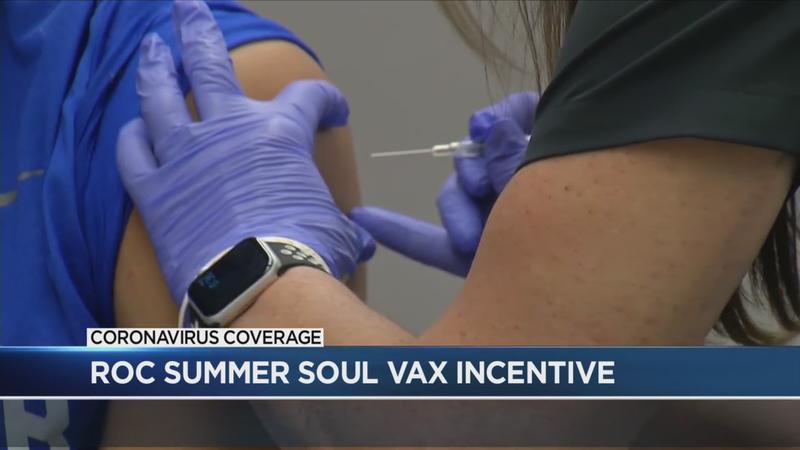 In addition to the ticket giveaway, other available incentives in July include a $25 gift card. Other promotions may be offered per site sponsor and the Finger Lakes Region Vaccine Task Force.

A list of county-operated clinics can be found here.