ROCHESTER, N.Y. (WHEC) — There is a new top prosecutor in town. Trini Ross is the first black woman to be appointed as U.S. Attorney for the Western District of New York. Ross was nominated by President Joe Biden and unanimously confirmed by the Senate on Sept. 30, 2021.

Ross was born and raised in the City of Buffalo. She’s been an assistant U.S. Attorney in the Western District for the past 23 years. The mother of four has a new vision for the office which covers 17 counties including all of the Finger Lakes, Rochester and Buffalo areas.

On Thursday, Ross sat down with News10NBC Investigative Reporter Jennifer Lewke to talk about her plans.

Trini Ross – Nothing is flashy about me, (there’s) nothing flashy I plan on doing, I plan on putting my head down, looking at the resources we have, looking at the data and then using that to strategically target the entities in the communities that need to be targeted.

Jennifer Lewke (News10NBC) – What kind of cases have you prosecuted or, what was your specialty during your time here at the U.S. Attorney’s Office? 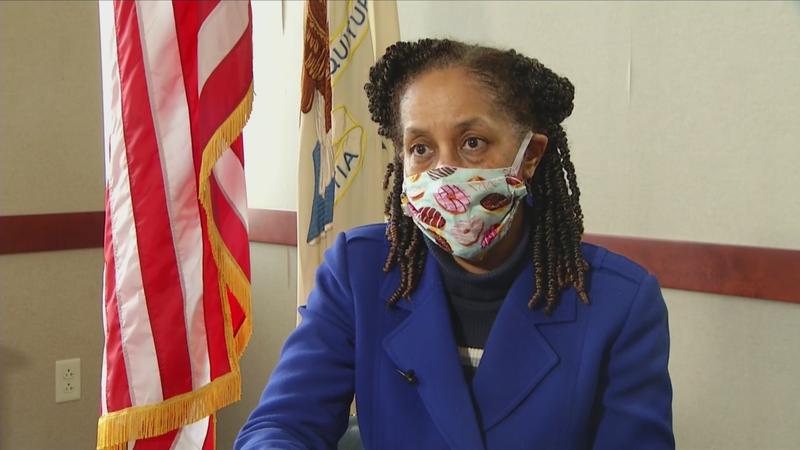 Trini Ross – I ran a human trafficking task force for about eight years, I ran a mortgage fraud task force back in 2010 when that was going on, I’ve done bank robbery cases, drug cases, tax cases… all types of complex fraud cases.

Jennifer Lewke – What are your goals as you take over the office?

Jennifer Lewke – The City of Rochester has seen a surge in gun violence, numbers we haven’t seen in decades—what do you see as your role when it comes to helping to curb that?

Trini Ross – I think we need to be very strategic with what we do for a couple of reasons first off, we have limited resources and we have to wisely use the resources that we have. Secondly, there are good people in communities that get caught in a big net if that net is cast too widely so, I want to be sure that we’re not doing that.

Jennifer Lewke – The VIPER task force, it was intended to find the most violent criminals and prosecute them federally instead of locally so they would spend more time behind bars. I rode along with the U.S. Marshal’s team that was finding the suspects and illegal guns but it’s my understanding that the U.S. Attorney’s Office referred most of the cases back to local courts, why?

Trini Ross – I wasn’t involved with the VIPER task force, all I can tell you is when I took office—my predecessor had set that up, and there are some good things with it that worked and we’re taking those good things and we’re moving them forward in a different way of using them.

Jennifer Lewke – What are your feelings when it comes to the criminal justice reforms that New York State has seen and how that impacts your job federally?

Trini Ross – What’s going on with New York State now has definitely impacted the way they are able to prosecute crime so we work with them and we step in and we say, what can we do?

Jennifer Lewke – How visible will you and your office be in the community?

Trini Ross – When they get to know you, they believe you and when they believe you, they can trust you and when they can trust you, they can help you and so, that’s the path I’m looking to go down. The people in the community have information, they know where the guns are stored, they know who the bad actors are but why would they tell me? I am a stranger to them until I become less of a stranger.

Ross tells News10NBC that she was hoping to hold public meetings to introduce herself to the community and hear their concerns, wants and needs but COVID has so far prevented that.