In total, 78 people have been charged with 355 crimes for their alleged roles in the rings. The charges are spread out over four indictments.

The two-year investigation resulted in the seizure of 32 kilograms of cocaine, 117 grams of heroin mixed with fentanyl, more than $490,000 and 15 firearms, including nine ghost guns. 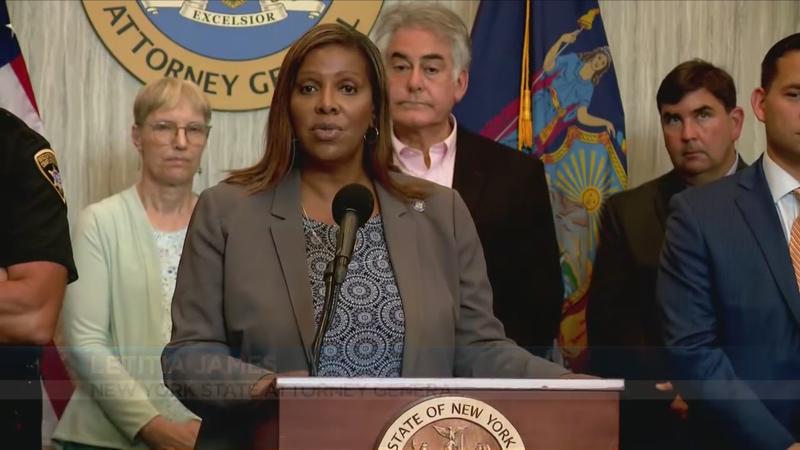 James said some members of the drug ring did traffic drugs through the Rochester area.

The fourth indictment is against Jesus Manuel Ruiz Lopez, of Puerto Rico, and Carlos Guzman, of Rochester.

It alleges Lopez coordinated the delivery of multiple kilograms of cocaine from Puerto Rico to Rochester, which Guzman then transported to Onondaga County.

Three kilograms of cocaine, $36,000 in cash, and a loaded .40 caliber Sig Sauer handgun were seized from Guzman by investigators.

The Attorney General’s Office estimates the street value of everything seized was $2 million.

The announcement comes as United States Attorney for the Western District of New York James P. Kennedy Jr. held a press conference in Rochester Wednesday to unveil federal efforts to address the spike in gun violence in the city.

During the briefing, she stressed the importance of cracking down on drugs, as well as illegal guns, as well as the need for communities impacted by crime and violence to cooperate with the police.

"In order for law enforcement to be effective, you need the cooperation of the community," James said. "It’s so critically important that we work closely with the community, and that if, in fact, there are any issues, we need to heal those issues, we need to come together and recognize that there’s a badge of honor in communicating and cooperating with law enforcement."

In May, James previously unveiled the "Police Accountability Act" which would mandate the use of force be a "last resort" for every department, would make "simple suspicion" not enough to justify force. It would also give prosecutors the power to evaluate if an officer’s use of force was necessary and whether or not police conduct led to the need for use of force.