ALBANY, N.Y. (AP) — New York Chief Judge Janet DiFiore and some relatives received COVID-19 testing from the state at her private Long Island residence last summer after a member of the family tested positive, according to a court official.

Reports of preferential testing for people connected to Democratic Gov. Andrew Cuomo and his administration when testing was scarce are part of an ongoing impeachment investigation into the governor.

A spokesman for the state Office of Court Administration confirmed that DiFiore and family members had been tested at her Southampton residence, the Times Union of Albany reported Friday.

“It was the one and only time,” Lucian Chalfen, a spokesman for the Office of Court Administration, said. “She contacted the (state Department of Health) to see what to do and these people showed up to do what they did.”

The state’s Public Officers Law prohibits state employees or officials from using their position to “secure unwarranted privileges or exemptions for himself or herself or others.” 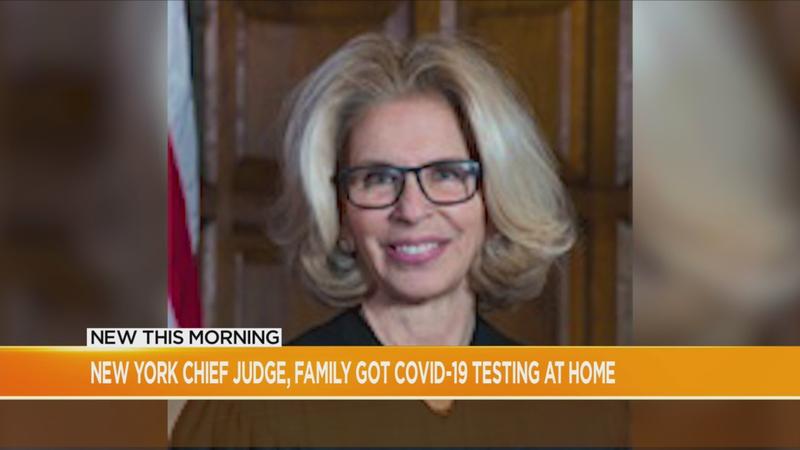 The impeachment investigation’s primary focus remains on allegations of sexual harassment against Cuomo, which he has denied, as well as reports that his administration intentionally underreported COVID-19 deaths at nursing homes. Assembly Judiciary Committee Chair Chuck Lavine told The Associated Press in March that reports of preferential testing would be explored.

Cuomo spokesperson Rich Azzopardi has said the administration “was absolutely going above and beyond to get people testing” in the early days of the pandemic.

If an impeachment trial of Cuomo were to occur in the state Senate, DiFiore would sit as one of the jurors since she is the state’s chief judge and head of the Court of Appeals, the Times Union reported. DiFiore was appointed to the court by Cuomo in 2015.