ALBANY, N.Y. (AP) – New York’s highest court ruled Tuesday that fantasy sports contests like those run by FanDuel and DraftKings are allowed under the state constitution, turning back a challenge to the popular games.

The state Court of Appeals reversed an appeals court’s decision last year that found interactive fantasy sports violated the state constitution’s ban on gambling. The games allow players to assemble a roster of athletes in a sport, using individuals performance statistics to determine the winner. They annually bring in hundreds of millions in entrance fees statewide.

The lawsuit was bought several years ago and did not target mobile sports betting, which began in New York earlier this year.

In a 4-3 ruling, New York’s top court clarified the scope of that the state’s constitutional prohibition on gambling. Chief Judge Janet DiFiore wrote that the gambling prohibition doesn’t include skill-based competitions in which players who win a prize exercise “substantial influence” over the contest’s outcome.

DiFiore wrote that the outcome of a interactive fantasy sports contest "turns – not on the performance of real-life athletes, as it would with respect to a bet or wager – but on whether the participant has skillfully composed and managed a virtual roster so as to garner more fantasy points than rosters composed by other participants.” 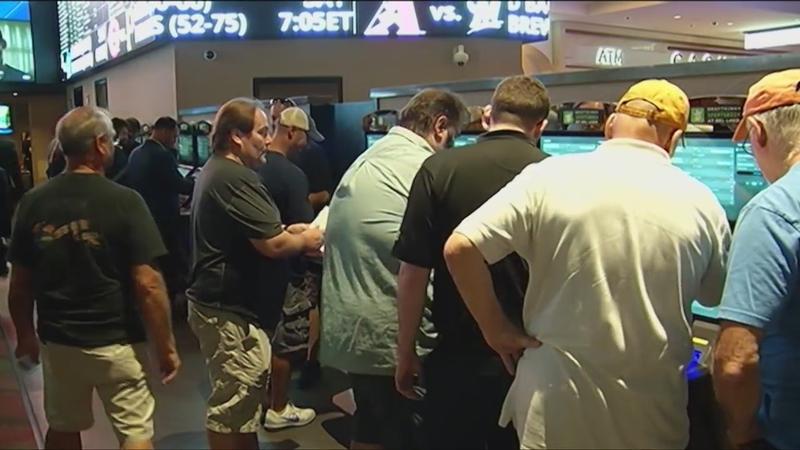 “New York state is FanDuel’s home and our New York customers have enjoyed playing daily fantasy for years. We are pleased that New Yorkers will continue to have access to fantasy sports contests,” FanDuel spokesperson Kevin Hennessy said in a prepared statement.

The lawsuit challenging the constitutionality of the law was coordinated by the group Stop Predatory Gambling on behalf of four plaintiffs who had suffered personal or family harm from gambling debts.

An attorney for the group, Neil Murray, said he was disappointed that the court did not apply “the ordinary, commonsense definition of gambling” in the majority decision.

Wilson wrote that the majority’s explanation of why “something everyone knows is gambling is not actually gambling” recalled the scene in the classic film Casablanca in which police Capt. Renault said he was “shocked, shocked” to find there was gambling at a nightclub immediately before being handed his winnings.