Newest Bills WR Tavon Austin Heading In With Something To Prove 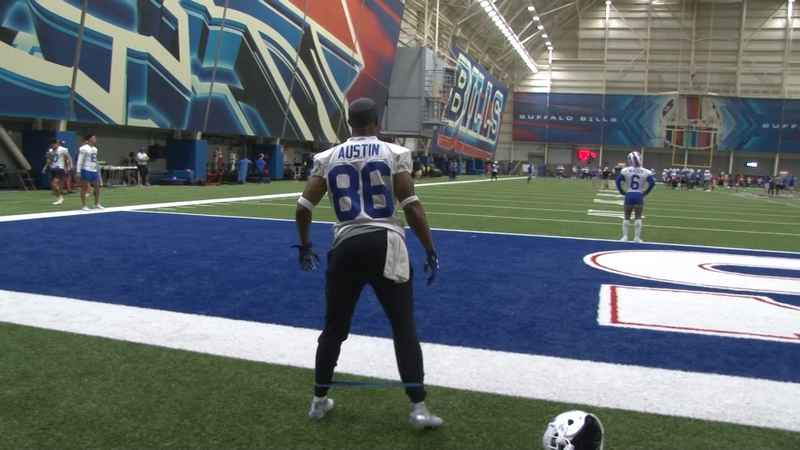 Tavon Austin stretches during OTAs on Tuesday at One Bills Drive in Orchard Park.

ORCHARD PARK, NY (WHEC) – Wide Receiver Tavon Austin has been around the NFL block quite a bit. The latest one he’s arrived at is One Bills Drive. Recently, Buffalo signed the ten year veteran out of West Virginia following thirteen games played with the Jaguars last year. That’s just one page in the book.

After the Rams traded with the Bills in 2013, they used the 8th overall pick on Austin. The All-Rookie played five years St. Louis before spending a pair with the Cowboys, then one with Green Bay before his 2021 campaign. This week, he took to the practice field for the first time since being signed. As he embarks on another season, Austin feels he’s heading in with a chip on his shoulder.

"I feel like a lot of people forgot about Tavon Austin," he said. "I can say I’m healthy now and I am looking forward to do those type of things out of the backfield, slot or outside or whatever the team may need me. Honestly, I just know my skill set. I know mentally where I’m at and I know physically where I’m at.