News10NBC In-Depth: Down 70+ officers, RPD is trying to keep their possible recruits around

ROCHESTER, N.Y. (WHEC) — We’re taking you inside the room at RPD where they’re trying to recruit the next wave of police—and they need them.

So many officers in RPD retired or quit in the past year, the city just had to find more than 2 million dollars to pay for all the overtime to cover all the shifts. The union, the Locust Club, says RPD uses 35 overtime shifts a day.

And so News10NBC was allowed inside the Sunday night meeting where RPD is trying to convince people to stick around and do the job.

Every Sunday night since February, a group of 60 to 70 recruits meet at the police department. It’s a diverse group. Some are 19 years old. 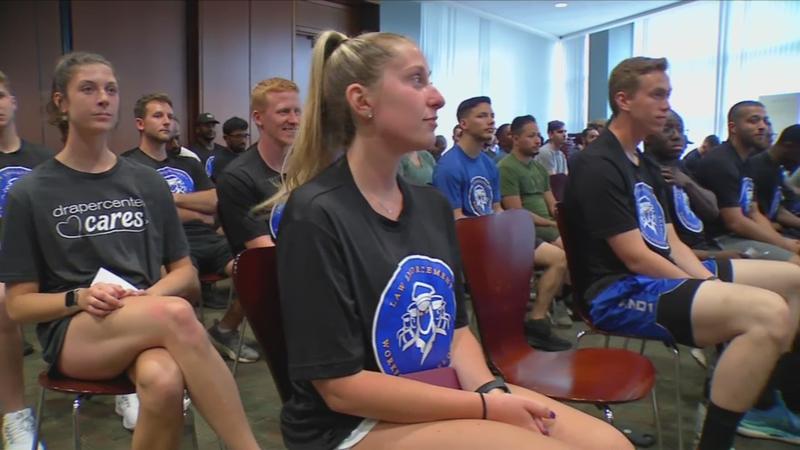 One of them is 20-year-old Duane Henry.

"Well, I’ve always wanted to be a police officer," he said.

Henry grew up in Rochester, graduated from Wilson Magnet High School and still lives here. He just took the polygraph test and the academy class starts in the fall.

"It’s a tough job to be a police officer right now," I said to him.

"Especially in the city. Officers can get in trouble. You can get hurt. That doesn’t concern you?" I asked.

"Well, as far as getting in trouble, I’m not concerned with that because I’m a man of integrity. I’m honest," Henry said. "And injuries, that’s a possibility but that comes with the job."

It can take a year or longer from the time a person takes the civil service test to the time they’re on patrol.

And when I asked the RPD recruitment unit what the number one concern from recruits is, they said getting through the hiring process.

So RPD started a workforce development plan where they mentor recruits, get them to volunteer, teach them how to speak in public, or get them a civilian job.

Rochester City Council just approved $2.2 million to pay for RPD overtime. When new recruits join the force in two months, RPD will still be down 76 officers.

Sgt. Justin Collins, RPD recruitment unit: "It is. It is. It’s 70 opportunities is the way we look at it."

Michelle Calderon, RPD recruitment unit: "When people say that nobody wants to be a police officer, I see it differently. Every Sunday I see kids that are so passionate and want to be on this job."

Henry’s goal is to serve his hometown.

The New York Post says more than 1,500 cops in New York City have quit or retired this year.

The Post reports that is a record-setting pace. The departures equal 4 percent of NYPD.

The 28 retirements and resignations in RPD this year equal 3 percent of the RPD force.