ROCHESTER, N.Y. (WHEC) — When you call for an ambulance or one is called for you, you expect a rapid response but if you live in the city of Rochester, you may not get it right now.

If you listen to the scanners on any given day, you’ll often hear dispatch calls like this: "AMR is all tied up, they have nothing available," "Police: Where is the rig for this job? Dispatcher: AMR doesn’t have a rig assigned yet. Police: Someone else needs to come right now."

Rochester Police officers say ambulance response times in the city are becoming a problem for a number of reasons.

"If an officer determines there needs to be an ambulance there, the ambulance is going there for a reason and if it’s a medical reason… certainly any delay is a potential loss of life," Rochester Locust Club President Mike Mazzeo said. "It becomes a cascading issue when the ambulance takes time, the officers can’t just leave to go to another call, the calls get backed up." 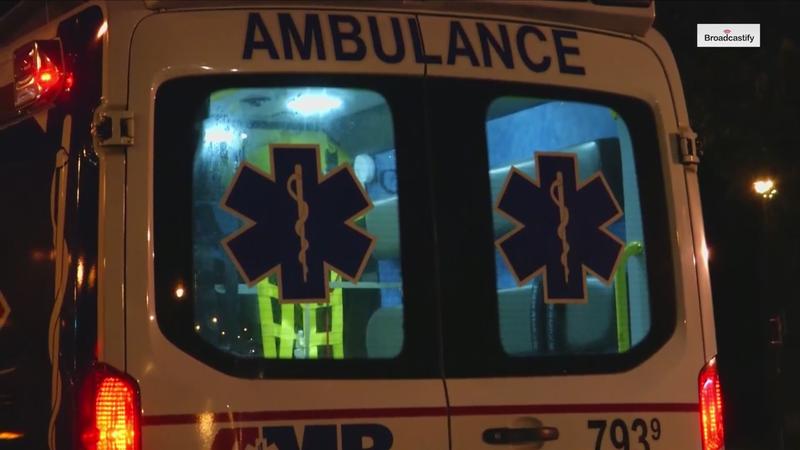 Also, at a time when the community is working hard to better relations between the police and the public.

The City of Rochester contracts with American Medical Response (AMR) for ambulance services. News10NBC reviewed compliance data from the past four years and found that AMR hit the response benchmarks it promised 94% of the time in 2018, 93% of the time in 2019, 94% of the time in 2020, but in January and February of 2021, it dropped to 87% and from December 2020 through the first two months of 2021, AMR called for mutual aid twice as often as it had any time in the past four years. According to its contract with the City of Rochester, AMR’s failure to reach a 90% response time standard can result in a fine of anywhere between $250-$2,500 per month but so far, the city has not fined AMR.

“During the second phase of COVID, we saw a dramatic increase, not just in the number of calls for services because people started to get back to calling for the ambulance but also employee wellness, our own employees were becoming sick,” explained the Operations Manager of AMR Rochester, Mark Philippy.

And now, between the pandemic, the civil unrest and the gun violence plaguing our streets, Philippy says EMTs and paramedics in the city of Rochester are leaving at a record pace, and finding replacements is becoming more difficult.

"I probably have one or two people every few weeks choosing to leave the profession… I have plenty of ambulances, it’s people to fill those ambulances that’s the problem,” he told News10NBC.

AMR says it responds to an average of 200 calls per day in the city of Rochester. During peak times, there are 25 ambulances on the streets but it’s not enough.

"In an industry where we were already struggling with manpower shortages across-the-board, now we were not able to pull together the resources that we might need to meet the increasing challenge… we were unable to run normal EMT courses during the COVID crisis due to limitations on people being in person, a lot of EMS training is hands-on… see, you’ve got to be able to get together with people to do that training to learn how to interact with your patients and learn how to use the equipment,” Philippy explained.

The staffing shortage at AMR is having a ripple effect as surrounding agencies are being called to cover calls in the city more often.

"Monroe has primarily been the typical back up for the city so, they usually call us first in most cases," explained Mike Bove, the Chief of Monroe Ambulance.

But like AMR, those agencies are also stretched thin.

“We started seeing people decide this wasn’t the field for them anymore, they didn’t just go to another EMS agency they left EMS and went and worked office jobs and such," said Reg Allen, the CEO and chief of CHS Healthcare.

Monroe Ambulance and CHS Healthcare serve many of the towns and villages surrounding the City of Rochester, their staffing levels aren’t critical yet so they’ve been answering the call for mutual aid as much as possible.

"Like most areas, we always hold one unit back, we don’t send our last ambulance for mutual aid anywhere to make sure our own service area is protected,” Allen said.

Something that adds to the pressure on all the providers.

"There are days we get to the hospital and they have what’s called a ‘no-bed’ situation because all the beds upstairs are full,” Allen said.

"It’s a vicious cycle where you’re picking somebody up, you’re transporting them to the hospital, the hospital doesn’t normally have someplace to put them, the crews get stuck there because they can’t… there’s no place to put a patient, so they keep them on your stretcher then the next call comes in and low and behold you don’t have an ambulance to send,” Bove explained.

Smaller agencies with ample staffing have found ways to work around the problem.

"If someone is going to be at the hospital more than 40 minutes it triggers a call to one of our chief officers and we start to determine what’s the next step," Allen said. "It may be me going to the hospital and sitting there with the patient on our gurney waiting for them to get a bed meanwhile our crew goes back out."

But many of the larger providers don’t have the extra resources and are stuck waiting.

In a statement, a spokeswoman for Strong Memorial Hospital tells News10NBC, “ED volumes are returning to pre-COVID levels and, coupled with a higher hospital census, it challenges our care teams as well as community EMS partners. We are working hard to care for this volume of patients and, as quickly as possible, get our EMS colleagues back on the road so they can meet their service demands. We continue to work to improve ED wait times, including adding a temporary engineered structure adjacent to the ED that allows for additional treatment space and helps maintain distancing and patient privacy.”

Dr. Keith Grams, the system chair of Emergency Medicine at Rochester Regional told News10NBC, “The Rochester community continues to see challenges with COVID, along with increasing patient volumes. This has placed enormous strain on the hospital space and staff. We are doing everything possible to help mitigate delays and ensure timely patient care. Though we appreciate EMS understanding and their assistance as partners as we work to provide care during this continued patient surge.”

AMR says it is rolling out some new initiatives to try and help recruit new EMTs and Paramedics including signing bonuses, paid training and better benefits. Philippy is hoping now that COVID restrictions have been eased some, training can get underway and they can build back up their team.

Tuesday at 6 p.m., News10NBC Investigative Reporter Jennifer Lewke shared an interview with Rochester Mayor Lovely Warren about the AMR situation and what the City is doing to ensure public safety.