ROCHESTER, N.Y. (WHEC) — News10NBC has been investigating the care and conditions at the Seneca Park Zoo following a USDA inspection that resulted in 10 citations.

The issues ranged from the care being given to certain animals, the facilities in which those animals were being kept and the training or lack thereof of certain staff members.

The Seneca Park Zoo is accredited by the Association of Zoos and Aquariums. Typically, that accreditation process requires an inspection once every five years but following a number of complaints and a request from the current Zoo director, the AZA conducted a three-day inspection in November. The inspection was to investigate complaints regarding animal welfare, veterinary care, and decision-making by zoo leadership.

“We like to say that AZA accreditation is the gold standard for modern zoological facilities,” said Dan Ashe, the President of the AZA.

Only about 10% of zoos and aquariums have AZA accreditation. The Seneca Park Zoo has the seal but it also has the attention of its inspectors. 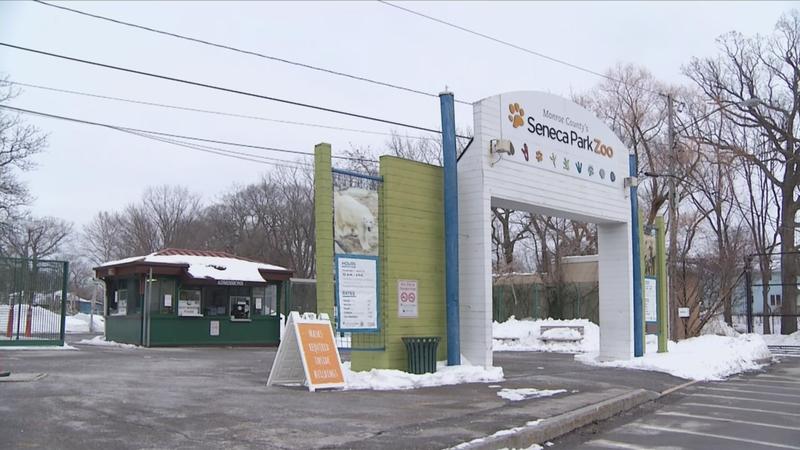 “There have been concerns and complaints about animal care and welfare and of course safety relating to the lion escape and so the inspection team looked at all of those issues stem to stern,” Ashe told News10NBC.

Monroe County received the full report 16-page report from the November inspection on Thursday. The conclusion reads in part, “While we did not find any systemic animal welfare concerns at the time, the other findings from our special inspection are serious and concerning. The toxic work environment coupled with poor communication among staff at all levels and a lack of clear definition of staff responsibilities, reporting structure, and accountability, all contribute to frustration and mistrust among staff.”

The report goes on to say, “additional weakness in facilities maintenance, safety protocols and emergency training further exacerbate the problems and have led to current conditions where Seneca Park Zoo is susceptible to major safety and animal welfare lapses.”

Ashe says as President, he doesn’t have a say in what happens from here. The Seneca Park Zoo will likely be “asked to appear so that the members of the (accreditation) commission can ask questions and the zoo can explain their perspective or position on the findings of the report,” he said.

The commission’s next hearing is in February.

“They have a number of options with regard to a member like Seneca Park. They can ask for further reports, they can ask the Director to appear personally before the commission, they can ask for ongoing updates and progress reports about specific matters at the zoo, they can suspend or table their accreditation in the most severe of circumstances,” Ashe said.

The AZA report does specifically highlight some issues with the USDA citations issued to the Seneca Park Zoo. The report claims, “the USDA findings align with a number of the AZA inspection team findings (e.g. inadequate maintenance staffing, perimeter fence maintenance, communication issues) but there were a number of citations that were factually incorrect and that further support the concerns raised by this team regarding the overall culture and organizational structure at the zoo.” It goes on to say, “in our view, the USDA report includes incorrect citations because the USDA inspectors spoke only with the veterinarian and those allied with him and did not include input from the entire animal management team and leadership staff, as would normally be the case.”

A spokesman for Monroe County Executive Adam Bello tells News10NBC that there is a new Zoo director in place who is working hard to correct a number of the issues highlighted in the report and they are confident they will maintain their AZA accreditation.

The full report is below: