News10NBC Investigates: ‘Chaos, that’s how I can describe it’, nurse says

ROCHESTER, N.Y. (WHEC) — Our local hospitals are short-staffed and packed to the brim. Doctors, nurses and other medical staff are struggling to keep up with a crushing demand. For the last several weeks, News10NBC has been investigating major staffing shortages across our hospital systems, nursing homes, and EMS providers.

News10NBC Investigative Reporter Jennifer Lewke spoke with an ICU nurse who recently moved into hospice care to get a break from the back-breaking work.

“Chaos, that’s how I can describe it,”—that’s how Beka, a nurse with 30+ years’ experience explains the current staffing situation. While she has transitioned into hospice care she says she stayed in very close contact with her former hospital co-workers.

The nurses who work in local emergency departments are particularly stressed right now. They’ve done their part but there’s no space in other departments to move admitted patients out.

“You’re planted in a bed and you’re living in the hallway with no privacy and no social distancing,” Beka explained, “so, how do you give care in that kind of setting?” 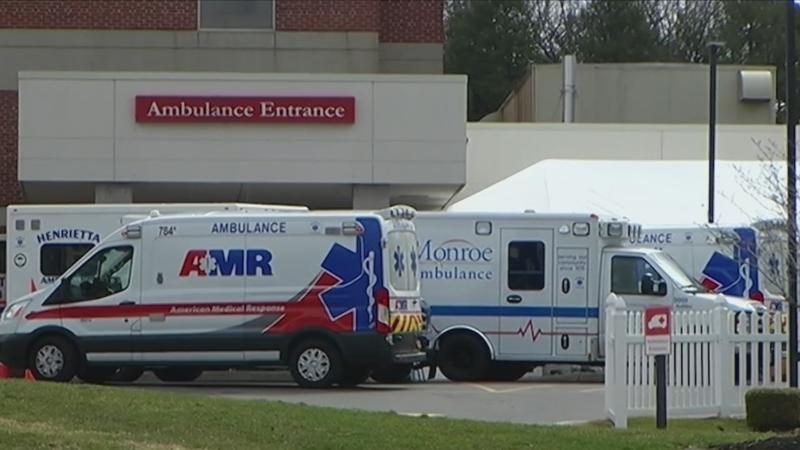 One of Beka’s close friends recently retired but not before a supervisor begged her to consider staying one more year.

“She said no… she said we’re short-staffed, I’m tired I’ve done this for 38 years and it’s time for somebody else to do it but the problem is there aren’t qualified new people who are coming in and replacing those of us who’ve been doing it for more than 30 years. There’s been no real effort on retention and recruitment,” she said.

Why does she think that is, “pay, it’s the pay and I think essentially fatigue,” she told News10NBC.

The pandemic has only made it worse for many too.

There’s been a healthcare worker shortage across the region for many years. The recent state vaccine mandate has exacerbated it some but Governor Kathy Hochul promised to help. She claimed a state operations center was being set up to monitor staffing shortages and shift resources across the state.

When asked whether there were any resources available to help the Rochester region, a spokesman for the NYS Department of Health told News10NBC, “On Sept. 27 Governor Hochul signed an Executive Order that took several specific steps to expand the eligible workforce and to ease certain burdens on health care providers so that more staff can focus on patient care. These provisions make it easier for hospitals and nursing homes to bring in temporary employees, including retirees and travel nurses, and it expanded roles for EMTs in certain settings. The DOH Operations Center is advising facilities on ways to take advantage of the Executive Order, as well as internal steps they can take to address staff shortages. Facilities currently all have emergency staffing plans, which existed before the pandemic. That’s what they turn to, for example, during a natural disaster or when a number of staff members get the flu."