ROCHESTER, N.Y. (WHEC) — In an emergency, you expect an ambulance will get to you quickly but as News10NBC has been reporting, that’s not always the case. Ambulance response times in the City of Rochester are becoming a problem and outside agencies are being called in twice as often to help.

AMR, the company contracted to cover the City of Rochester says the combination of the COVID-19 pandemic, the civil unrest and the gun violence plaguing our streets has caused many EMTs and Paramedics to leave over the last year and fewer people are interested in replacing them.

“In an industry where we were already struggling with manpower shortages across-the-board, now we were not able to pull together the resources that we might need to meet the increasing challenge… we were unable to run normal EMT courses during the COVID crisis due to limitations on people being in person, a lot of EMS training is hands-on,” explained Mark Philippy, the Operations Manager for AMR Rochester.

News10NBC obtained AMR’s compliance data for the past four years. It shows the company was hitting the response-time benchmarks it promised in its contract with the City 93-94% of the time until the first few months of 2021 when the number dropped to 87%. The data also shows that AMR called for mutual aid twice as often from December-February than it had in years past.

The contract gives the City of Rochester the ability to fine AMR between $250-$2,500 each month it doesn’t hit a 90% compliance rate. It also allows fines based on individual incidents. If AMR doesn’t respond to a priority 1 call within 12 minutes and 59 seconds, it can face up to a $400 fine. Failure to arrive with a transport capable unit at a priority 2 call within 14:59 can result in a $200 fine and failing to respond to a priority 3 or 4 call to which RFD or RPD has been dispatched to within 14:59 can result in a $100 fine. 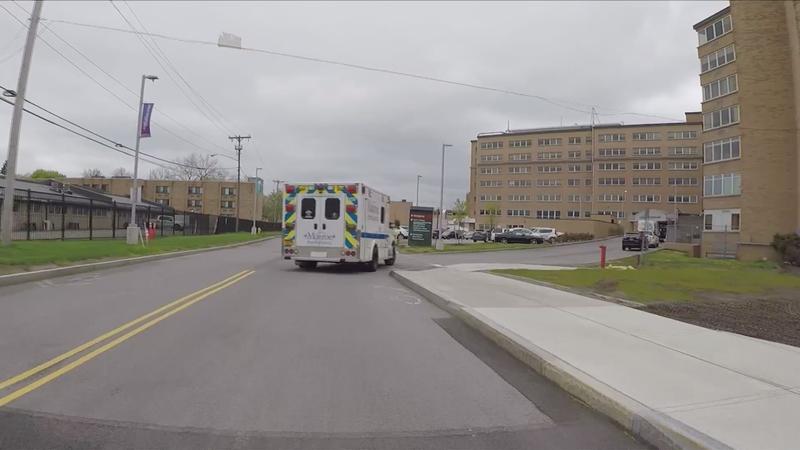 Rochester Mayor Lovely Warren tells News10NBC, she didn’t think fining AMR during the height of the pandemic was productive.

“AMR is, of course, they’re facing some challenges also, they’re spending a lot more time at the hospital,” she said.

Hospital space is an issue but it’s one that all local ambulance companies are dealing with, including those who keep getting called to do mutual aid in the city.

“It’s a vicious cycle where you’re picking somebody up, you’re transporting them to the hospital, the hospital doesn’t normally have someplace to put them, the crews get stuck there because they can’t… there’s no place to put a patient so they keep them on your stretcher then the next call comes in and low and behold you don’t have an ambulance to send,” explained Mike Bove, the Deputy Chief of Monroe Ambulance.

In many cases, in the city of Rochester, it’s firefighters who end up bridging the gap.

Both the mayor and City Council Vice President Willie Lightfoot, who chairs the public safety committee, said AMR has promised it’s working on the problem, offering better pay and benefits, paid training and signing bonuses to try and get back up to full staff.

“We are monitoring it to make sure that our citizens are getting the quality care that they deserve,” Lightfoot said.

If not, the fines will commence.

“We are working with AMR to deal with that issue and the Fire Chief has been talking to them about service and other things like that so the city is very well on top of this,” Warren added.