ROCHESTER, N.Y. (WHEC) – Where do the illegal guns that are used in Rochester crimes come from? As I’ve reported before, they’re not being made here. So, how do they end up here?

At a hearing chaired by Congressman Joe Morelle on a bill to prevent gun thefts, Monroe County Sheriff Todd Baxter shared the problem of what he called a reckless gun shop owner.

“His inaction to keep physical inventory, combined with the weak physical security of his shop, directly contributed to the theft of 133 guns in 8 separate burglaries of 8 years,” Baxter said.

If one of those guns was used in a crime, or recovered by police, and I inquired as to where it came from, they would not tell me. I know that because I’ve asked for the trace data on more than a dozen guns recovered by RPD this year and no one will share it.

That could change: The Gun Theft Prevention Act (h-r 4423), the bill at the center of this hearing with Morelle and the sheriff, removes the rule that says ATF cannot share the trace data.

I asked Rep. Joe Morelle, (D) 25th district, if that data would be available and if it would shine a spotlight on those gun shop owners who are not acting in appropriate ways. Morelle says 1 percent of gun shops are responsible for more than 50 percent of stolen guns found on the streets. 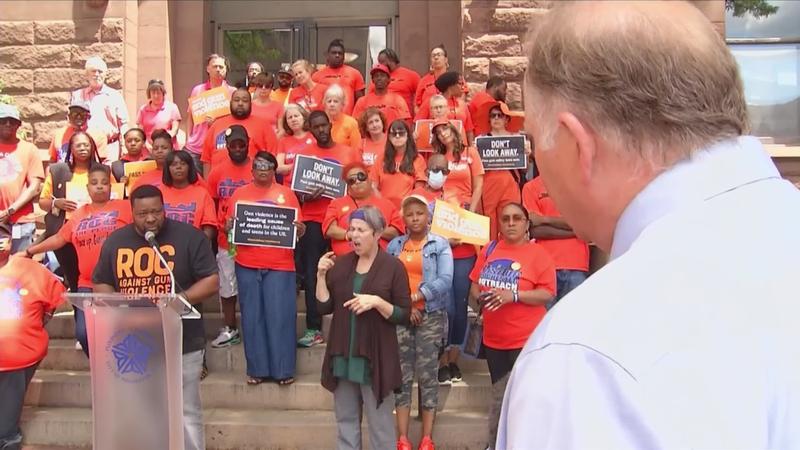 What we want to know is, when and where was an illegal gun made, sold, re-sold, or reported stolen? We know the Glock found in a corner store, where police say a teenage girl was raped, and was reported stolen in Ohio last year. The only reason we know that is because RPD put it in their complaint.

I asked Morelle if he thought the public has a right to know where illegal crime guns come from.

“I absolutely do,” Morelle responded.

That’s a question I’ve asked a lot of people.

“We have to answer that question and the community, as well as the victims of gun violence, deserve to know where those guns are coming from,” said Lightfoot.

Pastor Anderson of The Greater Faith Hope Center is curious as to how these guns got into our community.

“Our children’s lives are in jeopardy. Every day that these guns infiltrate our city, our school systems, everything is in jeopardy.” Anderson stated.

This year alone, RPD has recovered more than 350 illegal guns.