“I was deployed twice to the Middle East and then a couple other small tours to random places around the world,” he said.

Home has always been Rochester and since some of his family members have medical issues, he decided to get vaccinated against COVID-19 as soon as he could last spring.

“The VA was actually making it easier for us to get it so, that’s basically why I went with them,” he recalled. 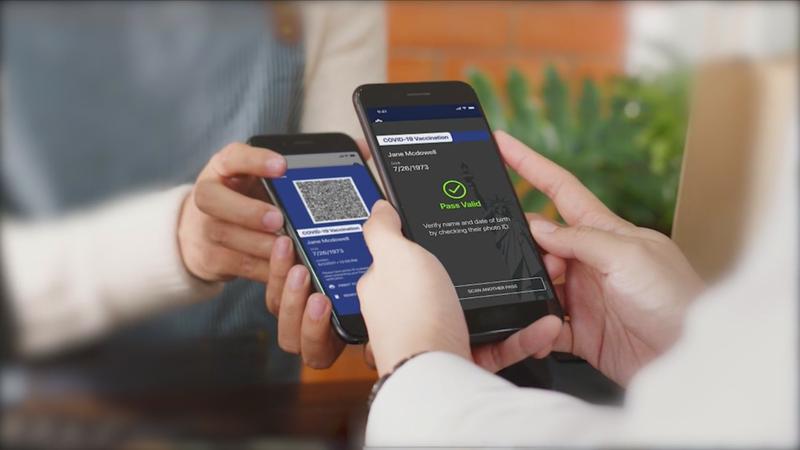 When New York State launched the Excelsior Pass back in March, an app that confirms a user has been vaccinated, Velazquez thought it would be easier than carrying around his vaccination card so, he tried to download it.

“It comes up with an error message that says my records can’t be found,” Velazquez said, “then there’s another hyperlink that you click and go through the motions of where you got it done and then it basically tells you that you got it done at a federal facility and at this time New York State it’s not recognizing that system, basically the two systems are not talking.”

News10NBC first started hearing about this issue in May. A spokesman for then-governor Andrew Cuomo told us at the time, the state was working with the feds to get it fixed but 4 months later, “it absolutely has not been taken care of,” says Joe Chenelly, the Executive Director of AMVETS.

“I haven’t found a veteran who has been able to get into the Excelsior pass system and be able to get that code that you need after receiving their vaccine through the VA, it’s been 100% (of people who can’t access it) for us,” Chenelly said.

It’s not just veterans, their families were eligible to get the vaccine at the VA too.

“You would think that it would be a little more streamlined especially, I’m not sure how much money Governor Cuomo dumped into making this app and making this website but it kinda seems like there was a lot of effort put into it,” Velazquez said.

When it comes to the money question, the New York Times recently got its hands on the state’s contract with the app developer which shows taxpayers will shell out anywhere from $17 million to $27 million for the program; a program that currently isn’t serving a large population of people who served our country.

Jennifer Lewke (News10NBC) – It seems like the state and the feds are having a hard time getting together on this, have you been alerted to this problem?

Congressman Morelle – We’ve actually just heard about it in the last several days so we’re working with the Veterans Administration to find out what on our end, on the federal end needs to happen. There’s a lot of frustration with the VA on a whole host of issues so, hopefully, with new leadership, they’ll be able to organize but this is really important because to your point, you really need that pass to be able to get into events and do things here and veterans being denied because they got a vaccination at a veterans site it just doesn’t make any sense to me.

After News10NBC contacted Gov. Kathy Hochul’s office, a member of her staff contacted Chenelly and Congressman Morelle’s office directly. It turns out, current federal law requires the VA to receive direct permission from a veteran in order to share his or her vaccination records. So, at this point, they’d have to reach out to everyone who has already been vaccinated to ask if they can share that information with the state.

The only other option would be for a veteran to request their vaccination record, print it out and submit it to NYS which can be done here.