News10NBC Investigates: Financial system to catch drunk drivers is broken, the passion to catch them is not

ROCHESTER, N.Y. (WHEC) — The source of money to help police catch drunk drivers is broken. That’s what we exposed in a News10NBC Investigation.

Wednesday, we saw the police get rewarded for the DWI work they’ve done.

One by one Wednesday, Monroe County StopDWI awarded some of the top DWI police officers around.

Some of these men and women are responsible for catching dozens of drunk drivers last year.

Each arrest potentially saved a life. 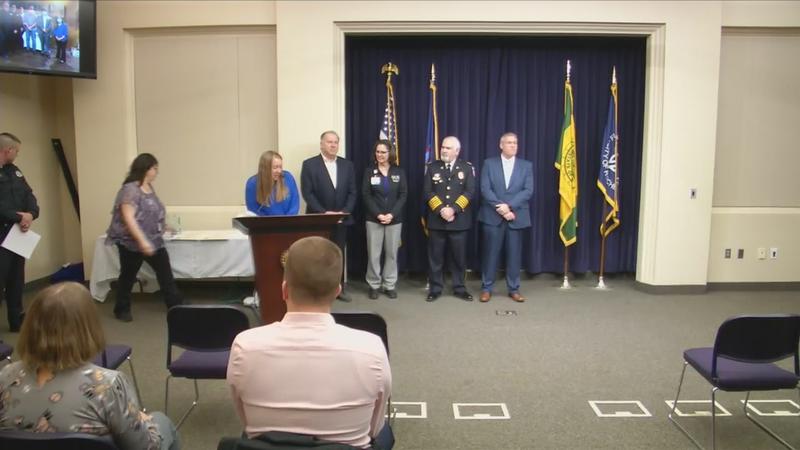 "Countless lives you’ve saved because of the people you’ve taken off the street," County Executive Adam Bello told the police.

But it used to be a lot more.

And it was falling before that.

StopDWI is funded only by DWI fines. Fewer arrests equal less money. And our investigation exposed the fact that surcharges exceed the fines for DWI and that money goes to the state’s general fund, not StopDWI.

"I want [your viewers] to know we’re working really hard in this department and every StopDWI department across every county of New York," Lindsay Tomidy said. "We work probably harder than we’ve ever had to."

Statewide, StopDWI was a $25 million program that over 40 years reduced the likelihood a person is in a impaired-driver crash by 70%, but after COVID it’s a $10 million program.

The program leaders want the state to eliminate the surcharges, which they say reduces the likelihood an offender pays his or her fine, or re-direct from the general fund to the program.

Brean: "From where you sit, are you concerned about the future?"

Lindsay Tomidy, Monroe County StopDWI: "That’s a good question and I’m not because every single we work closely with is very passionate about DWI enforcement and it’s a funny spot to be in because, yes the financial side of things is broken but the work and the passion is not broken."

State lawmakers are in private budget talks this week and one of the things they’re talking about is the financial problem we’re exposing.
So we are tracking those negotiations. The budget is due on April 1.