ROCHESTER, N.Y. (WHEC) — A year and a half after an explosion rocked the house of a Monroe County Sheriff’s deputy, the one man arrested for the incident pleaded guilty and is staying out of jail.

That’s the deal that prompted our investigation into this crime. The victim asked us—how does that explosion not warrant jail time? The defendant is getting probation.

The prosecutor said the rationale behind the deal is that the defendant—a man named Don Damuth—had never been in trouble before and was contrite and honest with the police.

He was also drunk which, the law says in these kinds of cases, lessens the intent of the crime, but probation is not what the victims wanted and even the judge had questions about a deal with no jail.

Damuth walked into court followed by Sheriff’s Deputy Robert Davis and his fiance. Their lives came together in the summer of 2020. 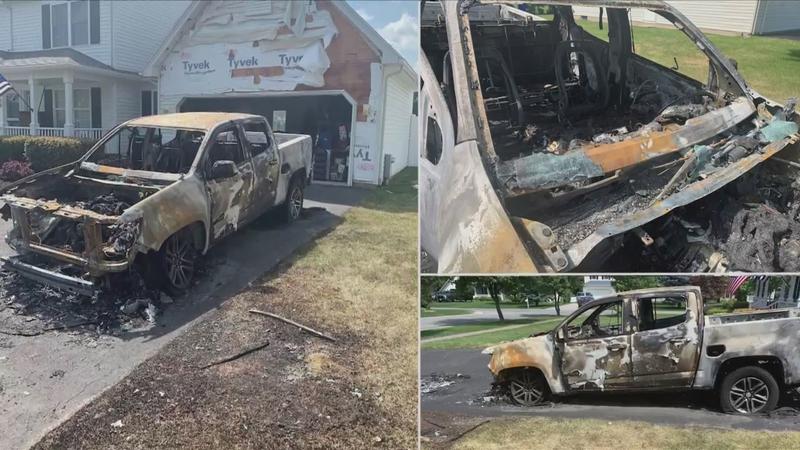 The Ring camera in Davis’ neighborhood in Clarkson showed a truck circling his house like it was casing the place.
Then, the explosion happened.

As the fire grew, the same pickup truck put its lights on and tore out of the neighborhood.

When the sun came up, Davis’ truck was destroyed. So with his mother’s car and the front part of his garage. Damuth was arrested 14 months later.

Wednesday he plead guilty to fourth-degree arson and got five years probation and about $50,000 worth of damage he has to pay back. But he stays out of jail.

Brean: "He’s remorseful for what happened?"

Brian Decarolis, defense attorney: "He’s remorseful. He has no criminal history. He’s never been in trouble before."

Brean: "I think the average person would look at video of the explosion and wonder why that action doesn’t warrant some jail time?"

Decarolis: "I guess I’m not directly answering your question by framing it this way but it’s interesting that seasoned investigators from the Monroe County Sheriff’s department—they’ve watched that video. Seasoned, experienced prosecutors from the Monroe County District Attorney’s office have watched that video and they think this is appropriate."

In court Judge Alex Renzi said he wants victims on board with plea deals which he said is not the case here. Renzi said he is going "along with the plea" because nothing has changed since it was agreed to.

Brean: "So how do you feel right now?"

Robert Davis, MCSO deputy and victim: "Frustrated. I think it’s even clear that Judge Renzi didn’t think the plea was the best option."

Last month Davis told me his mother, fiancée and their children are affected by the arson to this day. They have trouble sleeping and they’re afraid to be alone.

"But again we’re not talking about physical damage. We’re totally fine with waiving restitution," Davis said. "What we wanted was to be able to go home today and tell our family and our children that he was going to be behind bars and that they were safe. And that’s not going to happen."

The prosecutor declined to talk to me on camera about the plea. When I talked to District Attorney Sandra Doorley in February, she said they consult with victims all the time but base decisions on all the evidence they have. Doorley said this deal is just.