RUSH, N.Y. (WHEC) — We’ve told you about the fights and assaults inside the Monroe County Children’s Detention Center. Not one staff member ever agreed to talk to us on camera about what it’s like on the inside. Until now.

An employee who recently quit out of fear for his own safety told News10NBC he was afraid to go to work every day.

Dominic Faticone was a youth detention worker at the detention center for only two months. But that was enough for him.

Faticone: "Every day we’d walk in very stressful. Not knowing whether today was going to be a bad day or a good day. Totally unpredictable." 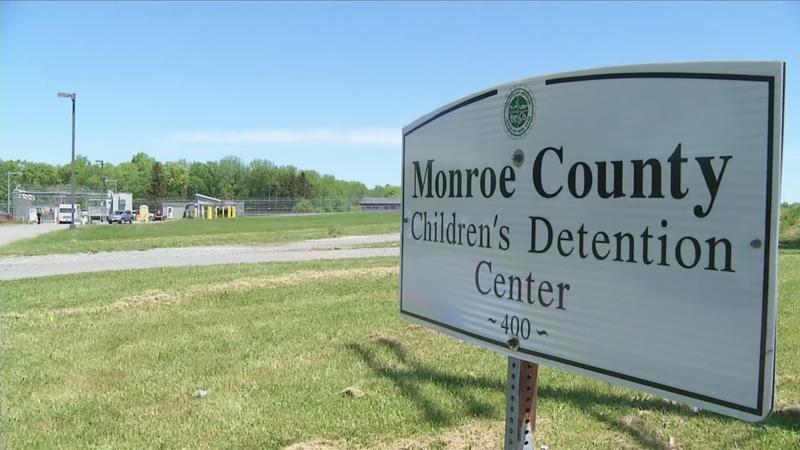 Brean: "Did you walk through the doors to get to work afraid?"

Brean: "Afraid of what?"

Faticone: "Afraid of getting hit by the youths."

The most serious incident was an assault on sheriff’s deputies and staff back in May.

Faticone was not on duty then, but he read an incident report about a threat just prior to him quitting.

Christine Christman is the president of the union that represents the detention center employees.

She said they’re severely understaffed and they’re dealing with teenagers that two years ago, prior to the Raise the Age Law, would be at the county jail.

At one point in the last six months, the detention center had eighteen 16 and 17-year-olds charged with violent felonies.

Christina Christman, President Federation of Social Workers: "That’s more than half of the general population of that facility."

Christman: "Also there’s a lot of gang recruitment and other things going on. So that takes a lot of the staff’s time."

Brean: "How do you know that?"

Christman: "That’s what we hear from our staff."

Christman says staff is mandated to work doubles three to four times a week and the turnover has been so great, the union says there are more staff with a few months of experience than staff with years of experience.

Brean: "Do you think it’s safe in the detention center right now?"

Thalia Wright is the county commissioner who oversees the detention center.

Brean: "When I spoke to the union president said there’s gang recruitment going on inside the detention center. Do you believe that?"

Wright said the facility wasn’t built as a detention center and it’s difficult to keep the teenagers separated including 16 and 17-year-olds charged with felonies.

Wright: "So at times you may have youth that are placed there that are possibly affiliate with the same gang, maybe rival gangs… So I think that contributes to some of the struggles we have there."

In May, sheriff’s deputies and youth detention workers were jumped by a handful of teenagers.

In the past year and a half, the county increased the pay of detention center employees twice and gives them a 33% bonus.

The county is recruiting people who want to be jail deputies, and it’s asking the state to allow sheriff’s deputies to work in the center long term.

Wright: "What the state says is that we’re allowed to partner with the deputies to do what we call safety assessments and when we’re short-staffed we can use deputies to come in to assist us."

Brean: "But it can’t be a permanent thing."

Wright: "It cannot be a permanent fix."

Brean: "And is that one of the things you’re trying to adjust?"

Wright: "Hopefully. Or create some type of hybrid approach, right?"

Sounds straightforward. But here is what Sheriff Todd Baxter told News10NBC investigative reporter Jennifer Lewke Thursday about what the state does when his deputies are in the detention center:

After that assault in May, the state allowed the county to move nine teenagers to a special unit in the jail. That’s the only time the state agreed to that under Raise the Age law.

How is the county’s recruiting effort going?

The county says its recruiting got 100 candidates off the civil service list. They pared that down to 35 candidates. But because of background checks and training, the detention center won’t be fully staffed for six to nine months.

Wright also says they’re also looking at a new location, something designed to keep the staff and the teenagers safe. Wright would not specify any particular location.