News10NBC Investigates: More unwanted medical boxes you pay for! The senders say they have the homeowners on tape

ROCHESTER, N.Y. (WHEC) — When we resumed our investigation this week into mystery medical boxes showing up at peoples’ homes we thought we’d hear from more people saying they got the same thing.

And we were right.

This is not just about boxes of leg and back braces that end up being an inconvenience for the homeowner. They tell me they don’t need them and don’t ever remember asking for them, but, in many cases, Medicare is getting billed for them.

"This box has two hand braces," Mary Ann Barry said pulling a brace out of a box that got delivered to her home in Rochester two weeks ago. "Two days ago, Tuesday, the second box arrived."

Both boxes were addressed to her husband James. Mary Ann pulled out a knee brace, and then more products. 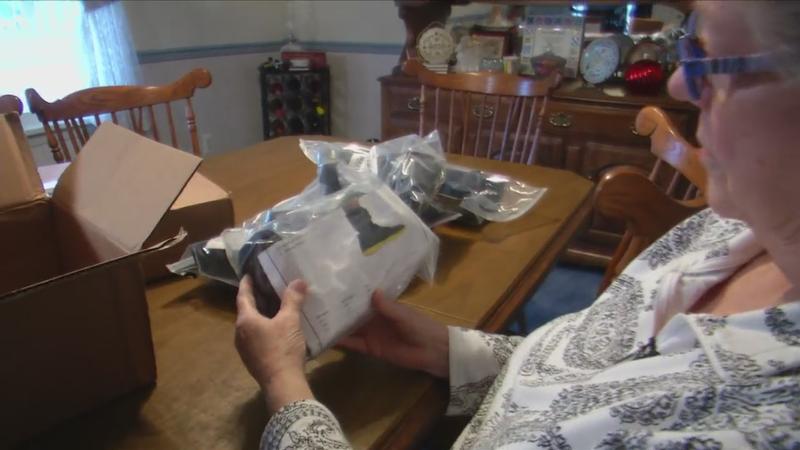 "It’s a neck-free shoulder system," she said reading the description of the box.

Then she pulled out a back brace.

"Do you need a back brace?"

"Nope," Barry said. "I think it’s crazy. I don’t know where they got our name from. My husband’s name or anything."

Brean: "So the question is how did these guys figure out to send this stuff to you?"

Mary Ann Barry: "I have not got a clue. If you can figure it out, you let me know."

That’s what I’ve been trying to do since seven boxes of medical braces showed up at Judy Earley’s home in Chili.

"What in the world?" Earley asked when she pulled a back brace out of a box.

She returned four boxes and refused a fifth at the door.

"They like magically appeared again on the front porch," Earley said.

The paperwork in Barry’s boxes says they bill CMS—that’s Medicare.

When I spoke to the owner of one of the companies he told me "I assure you if they got a box they spoke with a doctor and we do have a recording of it."

"Medicare didn’t authorize to have these sent to me," Mary Ann Barry said. "And I don’t want Medicare billed for something I didn’t order."

The owner I talked to was the second one who said they have a recording of the customer on the phone with a doctor.

If the Barrys agree to waive their privacy rights, the owner agreed to send me a copy of that recording.

So that’s what we’re working on now.