ROCHESTER, N.Y. (WHEC) — News10NBC is learning more information about how illegal guns get to the streets in our city and towns.

For the past year, we’ve been saying to law enforcement—they’re not making the guns here. So how do they get here?

Most of the illegal guns caught by police in New York were originally sold out of state. Law enforcement calls it the iron pipeline up southern states on the east coast.

But not in Rochester. Most of the guns confiscated by police here were sold in New York.

"The majority are supplied by gun dealers from somewhere—because they won’t tell us—somewhere inside New York State," Kathy Richardson said.

Richardson volunteers for the Rochester chapter of Brady United Against Gun Violence. 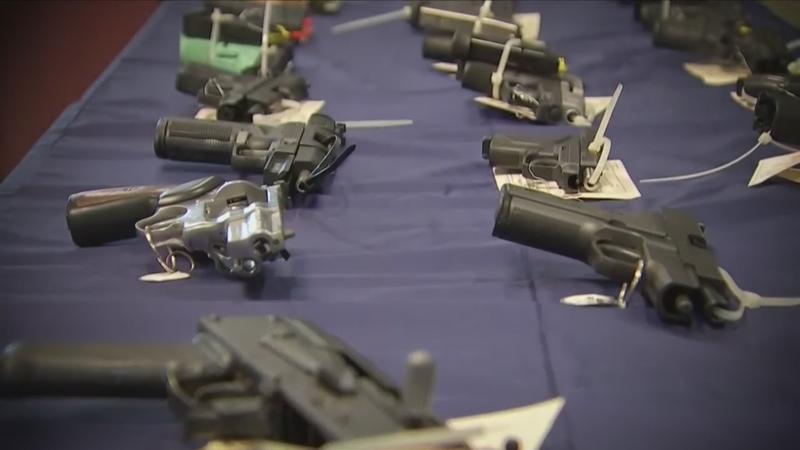 A 2016 report by the state attorney general says only 44 percent of illegal guns caught by police in Rochester came from outside New York. The majority were sold here.

"Why is that important?" asked Richardson. "Because our New York State legislators have jurisdiction and authority over whether you can operate as a gun dealer in New York State."

I compiled the make, model and serial numbers of illegal guns confiscated by Rochester police in the past two months.

I wanted to know—where were they made, sold, resold or stolen?

Every law enforcement agency—local, state, and federal—told me the trace data on those weapons is not theirs to share or not public.

Brean: "Do you think trace data ought to be public information?"

Kathy Richardson, Roc Brady United: "It absolutely should. It’s the last cry for justice for victims of gun violence have in calling for an examination of how the guns were supplied, who supplied those guns."

Inside the Monroe Crime Analysis Center, they track information on guns that police recover.

They analyzed hundreds of guns seized by RPD this year. 16 percent are ghost guns—mail-order guns, pieced together at home without serial numbers.

Only eight percent were reported stolen.

"But still, most of the guns that are recovered are neither," MCAC director David Phelps said. "The vast majority of guns are not registered as being reported or being a ghost gun. And so that goes to your question. Where are those guns coming from? And that’s something we need to look at a little harder."

The city has a deal with the Brady Center to produce a report on gun trace data this year.