ROCHESTER, N.Y. (WHEC) — News10NBC is tracking the ongoing problem of expensive but unwanted medical braces getting mailed to people’s homes.

Last week we showed you evidence the homeowners, their insurance companies and sometimes Medicare get billed thousands for them.

One viewer watched the story by Chief Investigative Reporter Berkeley Brean and it served as a warning for the phone call she was about to get.

"So I saw your news story and I had gotten a phone call from an unknown number in New Jersey," Renee Rosa said.

She did not recognize the number. 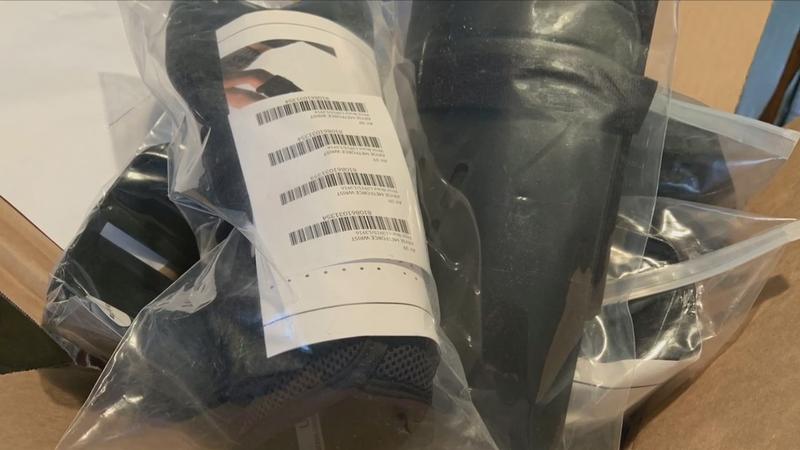 "And when I answered the phone the lady asked me what was a good time to deliver my brace? And I asked her—’What brace? I didn’t order any brace,’" Rosa said. "And she said it’s for your back pain. I said ‘I don’t have any back pain.’"

Rosa said she hung up and that she does not recall getting other earlier calls asking if she was in any sort of pain.

Brean: "What was the name of the company that called you?"

Renee Rosa: "They didn’t give a name."

Brean: "You picked up the phone and she just started asking you questions."

Rosa: "She said, ‘When’s a good time to deliver your brace?’"

I’ve been reporting on this since before the pandemic.

It started when people told me about receiving boxes of unwanted medical braces. In 2019, our reporting showed it was organized groups of medical equipment companies, phone banks and doctors outside of New York mailing braces and billing Medicare billions.

In the past couple of months, the braces started showing up again and the explanation of bills show Medicare is getting billed again.

"Alright, let’s try something. Let’s call these guys and see what happens," I said.

I called the number that called Rosa and was automatically put on hold. And then Rosa and I waited.

"So after being on hold for six minutes it just hung up on us," I said.

And after holding for six minutes again an automated voice said "Goodbye."

Rosa said she’s never received a prescription for a medical brace but she is on disability through Medicare.

"I think they’re seeking people out because they can just bill indiscriminately," she said.

I contacted the inspector general’s office for Medicare.

"Fraud involving orthotic braces and other durable medical equipment persists, and it continues to be a matter that is significant to our agency," wrote spokesperson Melissa Rumley. "Any member of the public who suspects fraud, waste, or abuse in federal health care programs should contact the HHS-OIG Hotline: 1-800-HHS-TIPS (1-800-447-8477) or oig.hhs.gov/report-fraud."

Here is the fraud alert video from the Inspector General’s office at the U.S. Department of Health and Human Services.

I do know one of the people who received braces this year was contacted by an investigator in the U.S. Attorney’s Office in Buffalo.
that office won’t talk about it.