ROCHESTER, N.Y. (WHEC) — The state agency that runs group homes in New York, the Office for People With Developmental Disabilities (OPWDD), has such a huge staffing shortage, it’s temporarily closing some of its homes with virtually no notice to the people who live there or their families.

One mother went back to her son’s home to protest what happened and News10NBC Chief Investigative Reporter Berkeley Brean was with her.

Brean walked with Torie Garrison up to the front door of her son’s group home in West Sparta, just south of Mt. Morris.

The doors are locked and the curtains are drawn.

21-year-old Zachary Garrison’s room is in the front. Zachary has autism and he lived there for more than two years, but on the eve of Thanksgiving, the OPWDD packed up his belongings and moved them out. 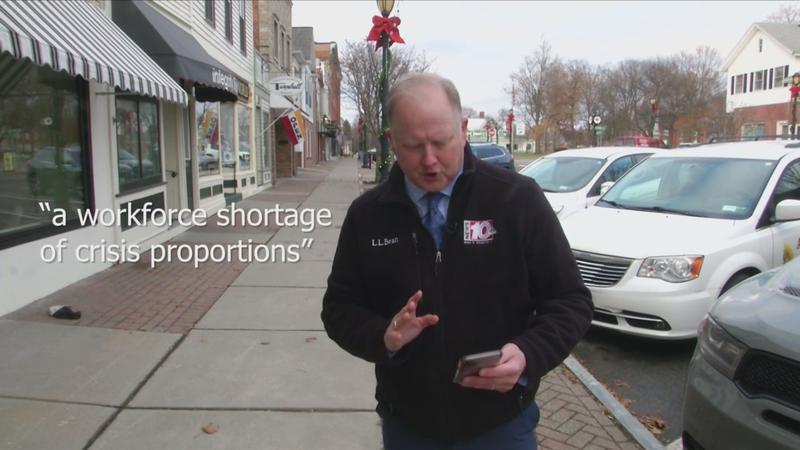 Brean: "So they called you in October saying this might happen."

Brean: "Then you got a call last Wednesday saying its going to happen."

Brean: "The day before Thanksgiving."

"Pretty much every emotion that any parent would feel if they’re in this position," she said.

In a statement emailed to us, OPWDD told us it has "a workforce shortage of crisis proportions." One way to deal with that is "a temporary consolidation of group homes." But those group homes, they say, will stay closed "until they achieve appropriate staffing levels."

Assemblywoman Marjorie Byrnes (R, 133) said 11 group homes have closed since October and five are in her Finger Lakes district.

Brean: "How many people do they need to hire?"

Byrnes: "I’m told, and I talked to representatives from that organization, I’m told they’re short 900 people in the state and 120 positions are available right now in this area."

In an email after our broadcast Tuesday night, OPWDD said "In the Finger Lakes, OPWDD is currently working to fill approximately 537 direct care staff vacancies."

"The representative I spoke through specifically said that this is a major staffing shortage," Assemblywoman Byrnes said. "It is not going to be rectified overnight."

Torie says her son’s belongings were moved to the OPWDD group home 10 miles away in Dansville. She said Zachary is living with his father and still thinks he’s going back to his home.

Brean: "How are you going to break the news to him?"

Torie: "I don’t know, which is why I’m here demanding that they bring his stuff back."

The group home in Dansville was closed about two weeks ago and its residents got moved.

The union that represents group home employees said one home in Monroe County closed in the spring and three more are on the list now.

OPWDD has temporarily suspended 11 group homes in the Finger Lakes region over the past month across Seneca, Ontario, Monroe, Wayne and Livingston counties.