ROCHESTER, N.Y. (WHEC) — A man walked up to Commissioner Beatriz LeBron during the Rochester School Board meeting Tuesday night and handed her a packet that contained a petition to remove her from office. The person who initiated the petition was sitting three seats away when it happened.

LeBron immediately got up and went to the board clerk and the man, who identified himself as Ray, went to the podium microphone.

"Good evening," he said. "My name is Ray and I live in the city of Rochester, in the 19th Ward. As it concerns your calendar for the upcoming year you will want to know, you will want to take into account—consideration—excuse me, that Commissioner LeBron has just been served with notice of a Section 306 petition for removal of office. Thank you."

The petition was filed by fellow school board commissioner Willa Powell and asks State Commissioner of Education Betty Rosa to remove LeBron for official misconduct. It mentions how LeBron handles and treats other board members and meeting rules, and specifically mentions her refusal to participate in racial bias training, which is part of the Rochester City School District’s Academic Plan.

After being elected board Vice President in January, LeBron said she wasn’t going to participate in the racial bias training because only one trainer applied and that trainer was picked. 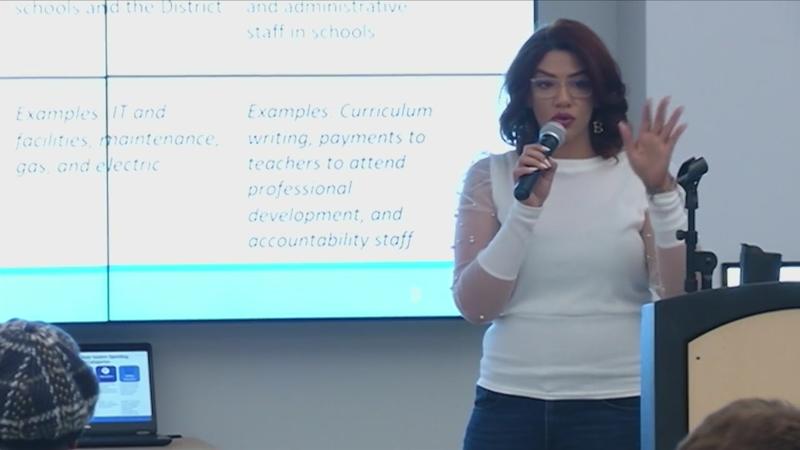 "I question is this the best vendor for this board?" LeBron said. "Does this person have what it takes to really go into racial, anti-racist training with this board?"

At one point, LeBron said she’s done the training before and then she said, as a person of color, it’s not her job to go through the training.

"So no I will not be participating," LeBron said.

The petition says if LeBron is not held accountable for this then the authority of the state education commissioner "could be challenged relative to any other recommendation in the plan."

When News10NBC Chief Investigative Reporter Berkeley Brean emailed LeBron on Wednesday, she called the move a baseless stunt, and sent the following statement:

"It is unfortunate that at a time the RCSD is under immense fiscal stress and lacks a strong budget draft, former Board Finance Chair Willa Powell would create a distraction from the work of supporting students and families. This stunt is nothing more than another personal attack against me. As Mrs. Powell has shared, she hopes the State Monitor would come in and ‘crack the whip on me.’ Willa Powell’s attempts to intimidate and silence my advocacy in uncovering a long history of fiscal mismanagement in the district will not prevail. I remain steadfast in my commitment to protecting students and families.

"While it is clear that this petition is baseless and frivolous, I believe in due process. Therefore, I will await the State Commissioner’s review of the complaint and her determination, as the law would apply. In the meantime, I highly encourage Willa Powell to focus her time and energy on her own work, especially during this tremulous budget season."

Powell told Brean she was out of town and unable to do a Zoom interview.

Brean asked the New York State Education Department if the commissioner has ever removed an elected school board member. He was told the NYSED removed Carl Paladino from the Buffalo School Board in 2017.

The school board is holding a public budget hearing on Thursday at 5:30 p.m.