ROCHESTER, N.Y. (WHEC) — USDA inspectors found 10 different citations at the Seneca Park Zoo during an inspection in September of 2021. The issues range from the care being given to certain animals, the facilities in which those animals were being kept and the training or lack thereof of certain staff members.

The zoo is inspected annually by the USDA and for years it has gone citation-free but an additional inspection was triggered after a female lion escaped from her enclosure while the zoo was open to the public in September of 2021.

In regards to the escape, the USDA inspector found that the “female lion was in holding during an unscheduled, unapproved husbandry training session and was placed in a squeeze cage attached to the primary enclosure…the squeeze wall was moved in a manner that created a gap in the primary enclosure and as the animal backed out of the cage, she was able to get through the opening created between the main door and squeeze wall.”

That wasn’t the only problem with the incident according to the inspection, “the lethal force team was deployed without adequate training for performance during emergencies,” it reads. “An incorrect code for the incident was called by the first responder on scene. According to reports and a responding team member of the team, another team member lacked a weapon and did not demonstrate adequate safety precautions when handling held weapon.”

The inspection also included an incident with a snow leopard cub. The USDA found that “Animal care staff disregarded the birth management plan developed by the attending veterinarian which directed that the animals must not be disturbed for 24 hours after birth to reduce change of stress and maternal neglect.” The Vet directed staff to watch monitors but instead, “staff entered 6-7 times in an approximate 7-hour period to “check” on animals, and after initially being observed caring for the cub, the mother rejected it. Making matters worse, the cub developed a respiratory infection and gastrointestinal condition that required medical management in the hospital. 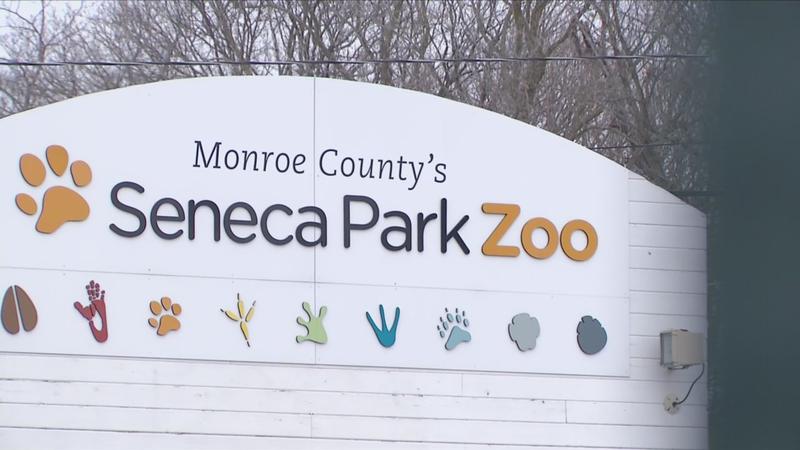 There were other citations too regarding delayed implementation of treatment plans for animals, enclosure and sanitation issues and chain of command problems.

Monroe County Executive Adam Bello spoke with News10NBC Investigative Reporter Jennifer Lewke about the report on Thursday, he says some of the citations the county agrees with, others were appealed.

Adam Bello – There were some things that we agreed with.

Adam Bello – Well, there was some training issues… things like that and reporting structure things and then there were other things that we went back-and-forth on about whether not it was true or not things like that…we took every action to make sure that those animals are well taken care of. We acted on the recommendations that they gave us and right now there are no deficiencies at the zoo at this point from the USDA.

Jennifer Lewke – We understand that the lead veterinarian (Dr. Louis DiVincenti) has been dismissed from his job, is there anything you can share with us about why?

Jennifer Lewke – Have any other staff members been re-trained or disciplined for what was in that report?

Adam Bello – There’s ongoing, there’s always ongoing training at the Zoo but I’m not going to get into personal issues about things like that… listen, the health and safety of the animals at the zoo is a very big priority of ours and that zoo is a treasure for this community so many families love going to the zoo and we’re putting a lot of our effort and resources into making that the best zoo in upstate New York and we’re going to continue those efforts.

News10NBC Investigative Reporter Jennifer Lewke spoke with Dr. Louis DiVincenti on Thursday by phone. He confirmed he was fired on Wednesday and says he was surprised by the decision considering the report acknowledges a handful of times that his directions were not followed by the staff in several instances. There is a bit of a complicated backstory as Dr. DiVincenti was hired under the previous county administration and is currently involved in a lawsuit again the CEO of the Zoo Society. Dr. DiVincenti has alleged she defamed him by sending a letter to county leaders questioning a number of his medical decisions and practices.