ROCHESTER, N.Y. (WHEC) — They beat breast cancer but now survivors are learning the implants used in their reconstruction could cause a completely different type of cancer.

The makers of textured breast implants are recalling them at the urging of the FDA and that recall is impacting thousands of local women.

Mary LaFlair, is the Aunt and Godmother of News10NBC Investigative Reporter Jennifer Lewke.

Back in 2015, LaFLair got the news in a phone call that the lump she found in her breast was cancer and there was a second tumor too. 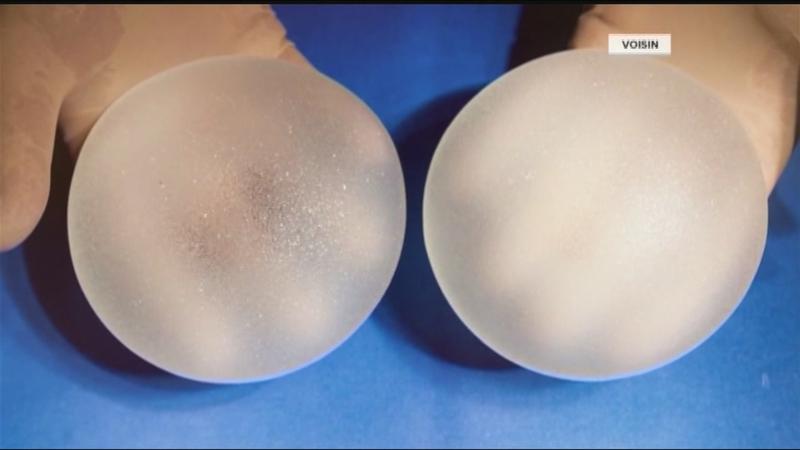 “It’s rough, you naturally or at least I, naturally felt and thought the worst. ‘Oh my god, I’m going to die,’” she remembers thinking the day she got the diagnosis.

As a mother of four sons, her next thought went straight to them.

“We got the diagnosis and that night, we sat down… your uncle Mike and I sat down and I called the boys. I said, they need to hear this from me. It was the hardest thing I’ve ever done in my life to tell them,” she told Lewke.

But together, the family got through the treatments and the surgeries and when it was time to reconstruct her breasts, LaFlair chose textured implants because she thought they looked and felt more natural.

Life went on, she celebrated weddings, welcomed grandchildren and then over the summer she got a recall notice in the mail, letting her know the implants in her chest were causing cancer in other women.

The notice said doctors were no longer using the implants in surgeries but they didn’t need to be removed from a patient’s chest unless she was presenting symptoms. The problem is, at her last visit, LaFlair’s doctor found scar tissue build-up around one of the implants.

“I knew that the lymphoma when and if it formed, formed in the scar tissue so yea, there was a whole other level of oh my gosh, now what,” she recalled.

Thousands of other women in our area, who’ve already battled cancer, got the same recall notice and experienced that same panic.

“We’ve had a number of women come in, very concerned and demanding that the implants get removed and of course, we’ll do whatever they want but there’s risks associated with that too,” said Dr. Howard Langstein, the Chief of Plastic and Reconstructive Surgery at the University of Rochester Medical Center.

Breast Implant Associated Lymphoma (BIA-ALCL) is a type of non-Hodgkin’s lymphoma. A woman’s risk of developing BIA-ALCL is considered to be low however the cancer is serious and can lead to death, if not treated promptly.

In most patients, it is treated successfully with surgery to remove the implant and surrounding scar tissue, in some patients, chemotherapy and radiation therapy may be needed.

Dr. Langstein says he’s put in hundreds of pairs of textured implants over the years.

“We caught wind of this a few years ago and stopped using textured implants then but before then, yes we used them regularly,” he told News10NBC. “Only about 700 cases [of BIA-ALCL] have been reported and that’s in a population of well over several million women who’ve received implants over the course of several decades.”

So, how does the implant itself cause the lymphoma?

“That’s a good question, we don’t really know for sure,” Dr. Langstein said. “One of the theories is that the texturing of the implants creates these tiny crevices where perhaps bacteria get trapped and maybe the bacteria are causing inflammation in the patient which over time might cause the immune cells to run amuck.”

So, she had her implants removed and replaced.

If you’re replacing implants that were put in following reconstructive surgery, your insurance should cover it if your doctor deems it necessary.

If you put in textured implants for cosmetic surgery, you might have to pay out-of-pocket to get them replaced.

“You need to be your own best advocate,” LaFlair recommends to anyone who received the recall notice.

For more information on the recall and risk:

To watch Jennifer Lewke and Deanna Dewberry discuss this story, watch the video below.