News10NBC Investigates: Where do the illegal guns come from?

ROCHESTER, N.Y. (WHEC) – For the past year and a half, there have been so many people shot in Rochester—our city averages about one a day.

News10NBC wants to know where are the illegal guns are coming from? We’re not making them here.

So how do they get here?

Every gun with a serial number has what is called trace data which can details where a gun was sold, resold, stolen, or used in a crime.
The information helps police track the path of the gun.

Law enforcement has that information but they won’t share it with us. 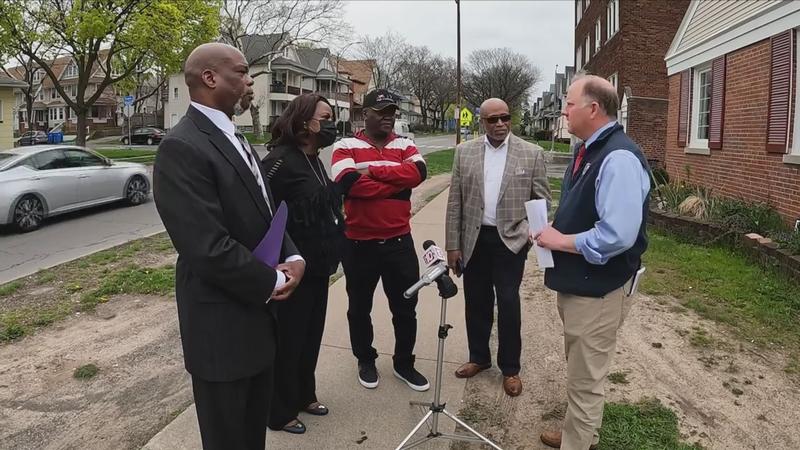 When two men were arrested and charged with raping a teenage girl in a corner store at Scio Street and Central Park in Rochester, police found a Glock with an extended drum magazine with 48 rounds in it.

How did that gun and all the illegal guns end up in Rochester?

I compiled the make, model, and serial numbers of seven illegal guns confiscated by Rochester police in the past two months.

RPD, the New York State Police, and the ATF all say the trace data on those weapons – and all illegal guns — is not theirs to share or not public.

Brean: "We know they’re not making these guns here."

Brean: "So how are they getting here?"

Pastor Benjamin Cox: "What pipeline are they coming through?"

I took the list of illegal guns to a group of pastors who have been calling for an end to gun violence.

"Here’s one," I said referring to a criminal complaint in a gun case in Rochester. A Ruger with a serial number reported stolen from Georgia."

Brean: "Are you curious as to how these guns get into our community?"

Pastor Cynthia Anderson: "I am. Our children’s lives are in jeopardy. Every day that these guns infiltrate our city. Our school systems. Everything is in jeopardy."

Pastor Cox: "And the end result is either going to be their child is going to be killed or they’re going to kill someone."

Last week she said more than 2,000 illegal guns were caught by state and local police this year and she wants police to share information on illegal guns.

"Did they share it? Why didn’t they share it? Is there a barrier to them sharing it?" the governor asked. "Well, I don’t have any patience barriers, my friends. I’m saying—break down the barriers, share the information."

The gun found in the corner store of the alleged rape was reported stolen outside Columbus, Ohio in February 2021. I reached the man who reported it stolen and wanted to ask how he thought the gun might have made its way to Rochester. He did not wish to talk.

Of the sample of illegal guns confiscated by Rochester police in the past few months, four were reported stolen from Ohio, Georgia, South, and North Carolina.

Brean: "Maybe if people could know where these guns are coming from it might help put some of the pieces of the puzzle together."

Pastor Cox: "That is the main factor in this whole equation. Where are they coming from?"

RPD and state police tell me the trace data on illegal guns is stored with the ATF and under that agreement the police can only share trace data with other police.

The AFT told me these are open investigations and the information has to come from local police.

That is the runaround I’ve received since I started asking where the guns come from last year.