Gretchen graduated from SUNY Geneseo and started with WHEC (CBS Affiliate) on June 6, 1978 as a part-time Summer Relief Photographer.

Gretchen moved into a full-time photographer in August of that year. As a general assignment photographer, Gretchen shot news stories and was involved on numerous projects including having her work featured on CBS Sunday Morning with Charles Karault and the CBS Evening News. Gretchen has won multiple national and local awards over her career.

In 1992, Gretchen became the in-house editor for the noon and 5 p.m. newscasts. She then became Senior Editor in 2002 and was responsible for editing multiple half-hour newscasts and Rochester In Focus. Gretchen also oversaw and maintained our video library and archive system.

Gretchen moved to early mornings in 2015 and joined the News10NBCToday team to edit the 2 1/2 hour morning newscasts. Gretchen can finally throw away the alarm clock!

How many people do you know who’ve worked at one place for 40+ years??? Congratulations to Gretchen Cannan. Our AM show editor extraordinaire is retiring today after 43 years with @news10nbc!! pic.twitter.com/c36LDlCbKb

Did you know Gretchen was once a Yoga instructor, Sunday School teacher, Peer Facilitator, and accomplished singer? There used to be a small group of acapella singers (Janet Lomax, Lynette Adams, Kelly Downs, Julie Long, and Gretchen) in the News Department who would sing Happy Birthday to fellow employees. They never missed a birthday. It was a newsroom tradition! 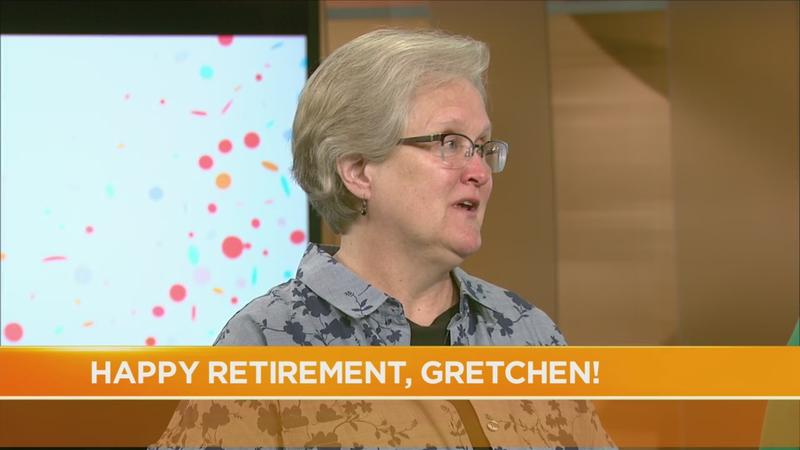 Gretchen was also instrumental in training and mentoring photographers and editors over the years. Her guidance and expertise helped many newbie photojournalists the right and wrong way to do things.