ROCHESTER, N.Y. (WHEC) — News10NBC and ESL Federal Credit Union are proud to partner in recognizing five individuals who have gone above and beyond as winners of the 2021 Jefferson Awards. Meet one of the honorees, Shawn Ritchie.

Ritchie and his wife, Donna, founded the Rochester chapter of the charity organization, Sleep in Heavenly Peace, with a mission to build beds and give all local kids a place to lay their heads.

"It’s shocking how many kids in our town, Rochester and suburbs, don’t have a place to sleep," Ritchie said.

Volunteers say all the cutting, carving, and carpentry of the community bed building projects is a time of uplifting camaraderie but has a sobering reality behind it. 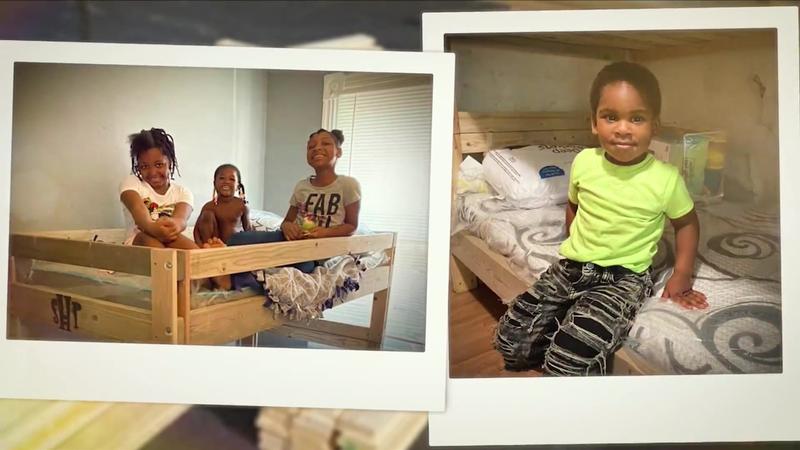 "Our goal and mission is to get kids off the floor," Ritchie added. "No kid sleeps on the floor in our town is our motto."

The national charity is based out of Idaho. The Ritchies learned about it from their college-aged daughter, thought about it, then felt the spirit move them with a message at church.

"Book of James, he was talking about putting your faith into action," Ritchie said. "It’s important to have faith, but get it into action, and we were both sparked by that one particular sermon. We said, ‘Yes… What a perfect way to put our faith in action.’ Loving on kids around the Rochester area in a very tangible way."

That was two years ago. The Richies and their growing corps of volunteers turned out 12 beds with their first build. Then they had their hearts stolen when they made their first delivery of beds to 5-year-old Jaden and his sister, Julia, on Christmas Eve 2019. Jaden and Julia are now part of the group’s photo gallery of children smiling at their new beds.

"And we were so blessed and overwhelmed and they were just thrilled, and it was really a great thing and it kind of made the whole Christmas season come alive for us," Ritchie said.

The work has cranked up. Last year, Sleep in Heavenly Peace delivered a hundred beds. This year, the target is 200, aiming to chip away at a waiting list of at least 300 kids in need. After giving children a place to sleep, he says he and his volunteers sleep very well themselves.

"By the end of the day, you feel like you’ve accomplished something," Ritchie said. "It’s kind of a good work feeling. So, no trouble going to sleep in our bed. That’s for sure."

Click here to apply for a bed or find out how to get involved with the local chapter.

Learn more about the ESL Jefferson Awards and this year’s honorees here.