ROCHESTER, N.Y. (WHEC) — Monroe County Clerk Jamie Romeo and Assemblymember Harry Bronson will be issuing a statement on the new DMV gender mark rules at the Henrietta DMV on Wednesday.

In May, Gov. Hochul announced that New Yorkers will have the option to choose "X" as a gender marker on their driver’s license, learner permit, or non-driver ID card at all Department of Motor Vehicle offices statewide.

The change was implemented in accordance with the State’s Gender Recognition Act, which went into effect on June 24. The bill provides expanded protections for transgender and non-binary New Yorkers, so it will be easier for people to change their names, change their sex designation and change their birth certificates to reflect their identity.

Although the implementation was made into effect on June 24, it was only for in-person DMV transactions.

The Gov. said that customers who do not want to visit a DMV office to change their existing ID document will have the option to change their gender designation through an online transaction beginning in July 2022. 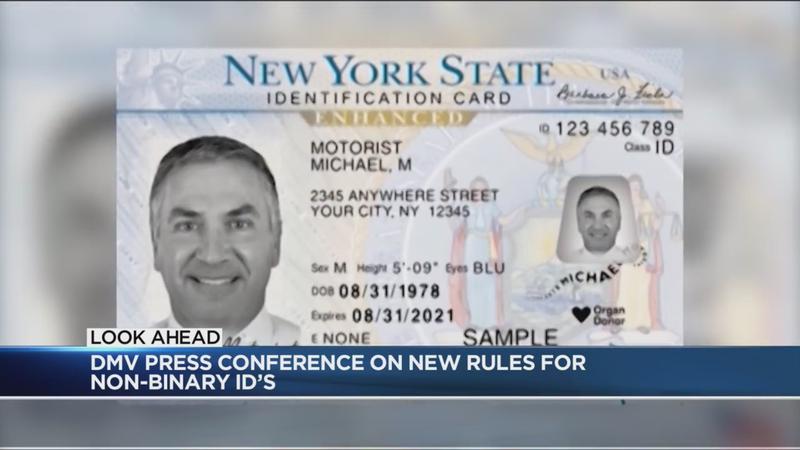 On Wednesday, the two Monroe County officials will be issuing a statement on DMV’s accepting ‘X’ gender markers—a significant advancement for non-binary Monroe County residents. In May, Gov. Hochul said that this option is a "historic change that represents another victory in our fight to help ensure equality and respect for the LGBTQ+ community."

"Every person, regardless of their gender identity or expression, deserves to have an identity document that reflects who they are. My administration remains committed to ensuring that New York is a place of value, love and belonging for members of the LGBTQ+ community."

New Yorkers who have an existing driver’s license, learner permit, or non-driver ID will have the option to change the gender marker on their photo ID from "M" or "F" to "X", and those who are applying for a NYS photo ID for the first time will have the option to choose "X". This can be done by completing the Application for Permit, Driver License or Non-Driver ID Card (MV-44).