ROCHESTER, N.Y. (WHEC) — The COVID-19 pandemic has been tough on those living in nursing homes and assisted living facilities. For many months they couldn’t have visitors at all, now they can but those visitors have to test negative for COVID before they go in.

News10NBC has spoken with a number of family members and nursing home administrators who say that the supply of tests needed to meet that regulation isn’t always plentiful.

Pat Muir’s 90-year-old father has lived in a local nursing home throughout the pandemic.

“We know people passed from COVID we’ve seen that but people in nursing homes passed away from loneliness and isolation and failure to thrive and not seeing their families for a year and a half and this is also an issue,” she told News10NBC.

That’s why as soon as visitation was allowed again Muir went as often as possible. But then, the omicron wave hit and while Gov. Kathy Hochul continued to allow visitation, she required all visitors be rapid-tested. 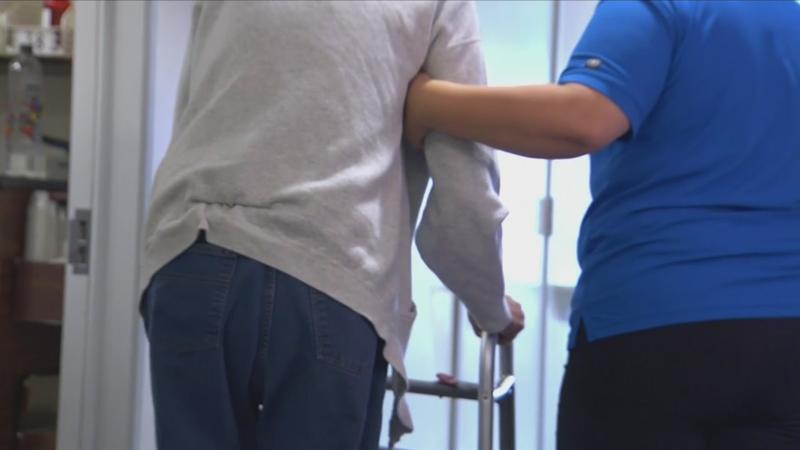 “When she said that now 100% (of visitors) needed to be tested, the nursing home said they did not have a sufficient supply of testing kits,” Muir recalled.

The facility has since suggested that to ensure a visit, family members should find a test themselves.

“They told us that if we come and we haven’t tested that if they have a test available we can use that but they really want families to make every effort to get a test in the community,” she said.

That means in most cases Muir is paying out of pocket for tests to ensure she can continue to visit with her dad at least a few times per week.

“I’ve been paying upwards of $100 a month… it’s a lot especially when you’re on Medicare because Medicare does not reimburse for at-home testing,” Muir said.

She’s been trying to find free community testing sites but often those do not provide immediate results.

“If you wanna put these conditions in then you have to make sure we have the materials we need to comply with your regulations,” Muir said.

A spokesman for the NYS Department of Health tells News10NBC, “Visitors cannot be denied entry because a nursing home does not make tests available. New York continues to take action in protecting nursing home residents against COVID-19, which includes directly ordering 70 million tests, 20 million of which have already been received and distributed to congregate settings such as nursing homes and to schools, as well as local governments. New York State nursing homes have received more than 4.2 million tests in total, spread across three separate direct shipments of over-the-counter tests kits.”

A DOH Health Advisory was issued to nursing homes on January 12, 2022, reminding them that they should provide a visitor with a rapid test if said visitor does not have other valid proof of a negative test conducted in the required timeframe, and the visitor should test at the facility.