ALBANY N.Y. (WHEC) — In the final hours of the legislative session, the New York State Assembly passed a series of gun control bills on Thursday. That includes a law requiring permits to purchase semi-automatic rifles and raising the age to 21 for purchasing semi-automatic rifles.

Gov. Kathy Hochul cheered the assembly, saying the bills would close loopholes, give law enforcement the tools they need to prevent easy access to guns, and stop the sale of dangerous weapons to 18-year-olds.

The debate went well into the evening even as it was obvious the majority of Democrats had the votes to pass the bills.

The mass shootings in Buffalo and in Uvalde Texas were at top of mind as the Assembly considered a draft of the legislation. The legislation passed includes a new task force to spot violent extremism on social media and open the door for more people to flag those with mental issues and keep them from getting guns.

The Buffalo and Uvalde shooters wore body armor and one of the new measures restricts who can buy it. The most controversial bill requires anyone to get a state permit to buy or carry a semi-automatic rifle and limits those permits to people over 21. 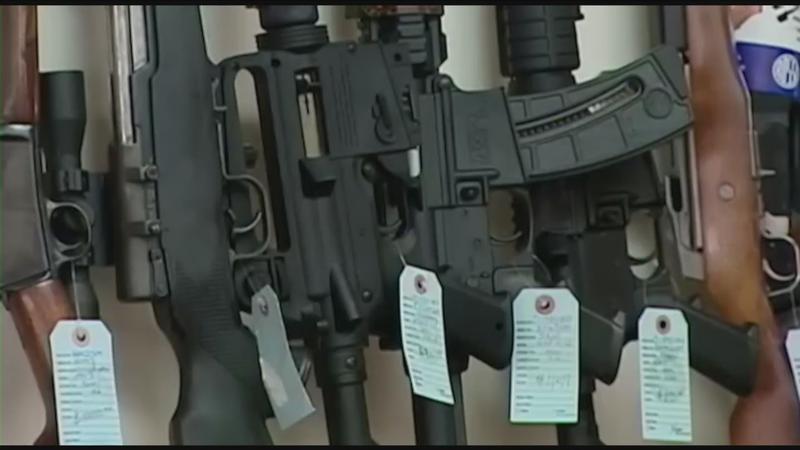 Some Assembly members say the restriction is unconstitutional and won’t stand up in court. Assembly members also asked what impact it could have on out-of-state visitors important to New York’s hunting and fishing economy.

The requirement for permits for rifles has already passed the state senate. The legislation now goes to the governor’s desk and it’ll take effect 90 days after she signs it.

Before the vote, News10NBC spoke with the owner of Allstar Tactical in Greece, Mike Centola.

He said some customers were nervous before the vote. Many come to him looking for AR-15s and other home defense guns, which will now require a license to purchase.

Centola: "I think that customers are worried they’re going to lose rights, we work with domestic violence victims, families, business owners that just want to get something to protect themselves and get the info on protecting themselves."

Centola: "I would think they’re nervous, whether to lose their rights or the possibility that as more and more firearms rights are eroded criminals aren’t gonna follow those laws anyway."

Centola said he is a father and the recent shootings upset him as much as anyone, but guns are not the problem. He said social media should be scrutinized more for the way it inspires violence.

Here are the laws in the package that passed the Assembly. Gov. Hochul is expected to sign these into law. The laws proposed after the Buffalo and Texas shootings include:

The laws that have been proposed for a year or more include: