James said that these self-assembled, untraceable "ghost guns" have been used to kill New Yorkers. The lawsuit said some of the nation’s leading gun distributors violated state laws by selling weapons to felons and selling without conducting background checks.

"Their products have claimed many lives and perhaps most disturbing, they are knowingly and intentionally selling these weapons to anyone and everyone without care," James said.

RELATED: News10NBC Investigates the rise of ghost guns in Rochester

Attorney General James and New York City Mayor Eric Adams announced the lawsuit on Wednesday at a conference at Borough of Manhattan Community College. You can watch the full conference here. 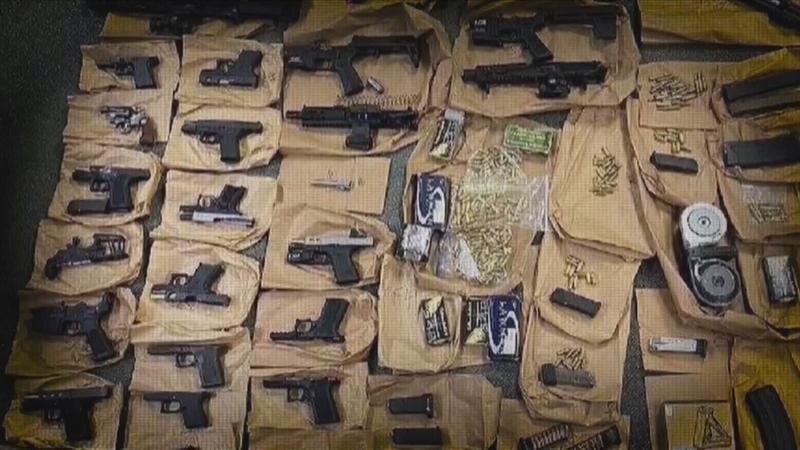 The businesses named in the lawsuit are:

At the conference, a Yanely Henriquez spoke about her daughter who was fatally shot with a ghost gun.

"My 16-year-old daughter Angellyh Yambo’s life was taken by a single bullet by a ghost gun that your company manufactured and she was heading home after leaving school," Henriquez said.

New York State law prohibits the possession of unfinished gun frames or receivers unless by a licensed gunsmith. In April, the Biden Administration announced regulations requiring gun assembly kit manufacturers to include serial numbers for the parts and for the buyers to go through background checks before purchasing.

Ghost guns have flooded the streets of Rochester, found a News10NBC investigation. Of the 391 firearms in 2022 that have been recovered in Rochester, 28 of them have been ghost guns. While that’s only about 7%, it’s nearly double compared to the same time last year.

In 2020 when the Rochester Police Department first started keeping statistics on ghost guns, it recovered 16 of them. In 2021, the yearly total jumped to 45.

According to a study, in the last three years, there has been a 479% increase in ghost gun seizures across New York State. Andy Rodriguez, Assistant US Attorney for the Western District of NY, said he’s worked to prosecute ghost gun sellers and manufacturers in Rochester.

“People are buying these kits, getting them sent to their homes and just like the way someone might have a workshop at home where they build furniture or work on their cars, these people are manufacturing guns," Rodriguez said, “We’ve brought numerous prosecutions against people who have been caught manufacturing and selling these ghost guns to people in Rochester.”