ROCHESTER, N.Y. (WHEC) — Right now lawmakers and farmers across the state are pleading with Gov. Kathy Hochul to reject a plan to give farmworkers overtime after 40 hours, instead of 60, saying it could devastate small farms.

The Farm Laborers Wage Board voted two to one to lower the overtime threshold from 60 down to 40 hours. Now, this decision rests with Hochul’s office.

"Agriculture is unique from other industries because we can’t pass on the price that we receive," said Kendra Lamb.

Lamb is a dairy farmer, and owner of Lamb Farm Incorporated in Oakfield. She’s been a farmer her entire life and says the wage board isn’t listening to people like her. 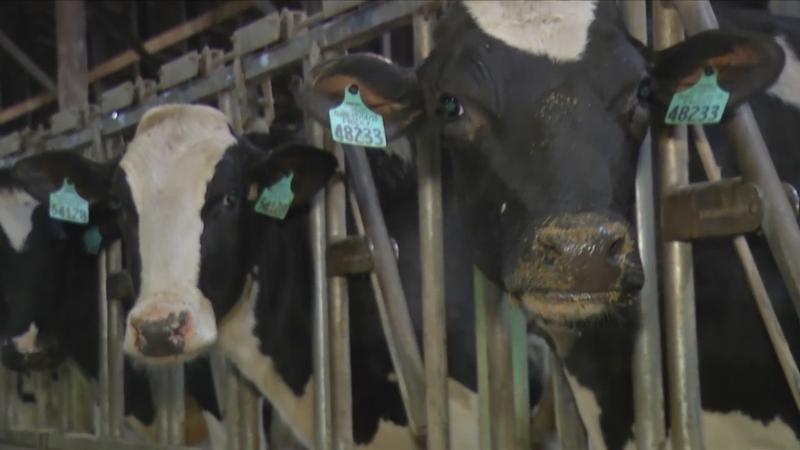 "So when our costs go up like with labor which has been significantly, already an overtime threshold that at 40 hours is going to put a lot of farmers out of business," Lamb said.

Farmers all across the state are wondering if Hochul is going to side with the wage board, and force farmers to pay overtime to employees after they work 40 hours instead of 60. She was asked about it Tuesday during her daily briefing.

"We are looking at it closely, but we are also looking at a way if this is going to be the case it will be a long rollout. You know plenty of time for people to adapt to it," Hochul said.

Lamb employs more than 100 employees and worries workers wouldn’t get enough hours and would look for jobs elsewhere. She said farming isn’t like most other hourly jobs.

"A 60-hour week is pretty typical on a farm, but you’ve got to remember there’s harvest season where it rains for three or four days in a row, and then the crop is ready and we have to go and it means long hours, and so we can’t restrict hours when the crop is in the field ready to go," Lamb said.

"I cannot stress enough that lowering this overtime threshold will only hurt the very people the measure is intended to help," Hawley said.

Lamb said Hawley has always been a supporter of the farming industry. Now she’s hoping to get the same support from Hochul.

"She’s from Western New York, and she has been out on a lot of our farms, and so she does understand the impact of this so hopefully she listens, and overturns the wage board ruling," Lamb said.

So far there’s no word yet if, or when Hochul will make her decision. We will let you know as soon as she does.