ROCHESTER, N.Y. (WHEC) — The minimum wage for fast-food workers in New York was officially raised to $15 an hour Thursday.

The wage was previously bumped up to $14.50 for fast-food workers in areas outside New York City at the turn of the year.

As a reminder, the state is increasing the overall minimum, wage yearly until it reaches $15 statewide. Most areas outside NYC currently sit at $12.50. NYC has remained at $15 since the state launched its plan back in 2016, other downstate areas are currently at $14.

The decision to continuously raise the wage has been met with a mix of support and criticism from both lawmakers and business owners.

According to the state, the Commissioner of Labor will publish the next scheduled rate no later than Oct.1, 2021. 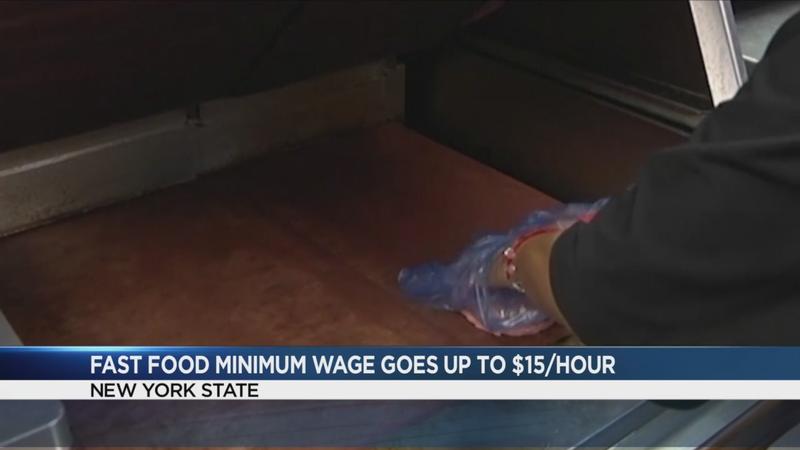