With the ruling, the Supreme Court has ended constitutional protections for abortion that had been in place nearly 50 years. Friday’s outcome is expected to lead to abortion bans in roughly half the states. Even with the ruling, abortion will still be legal in New York State.

State Senator Samra Brouk who represents Rochester said she was angry with the decision.

CompassCare, a pro-life pregnancy center with offices statewide including Rochester, applauded the decision. CompassCare said a pro-choice extremist group vandalized and deliberately set fire to its office in Buffalo. The FBI is investigating the fire as arson. 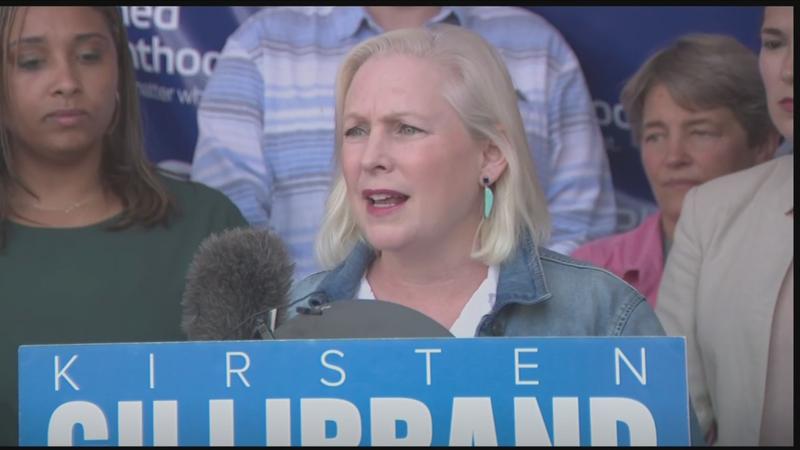 RELATED: Both sides of Roe v. Wade debate in Rochester

Gov. Hochul said abortion should be a fundamental human right and New York will support people who chose to have an abortion despite the ruling.

"Today the Supreme Court rolled back the rights of millions of Americans, disregarding their interests and — more importantly — their lives," Hochul said.

Today the Supreme Court rolled back the rights of millions of Americans, disregarding their interests and — more importantly — their lives.

Access to abortion is a fundamental human right, and it remains safe, accessible, and legal in New York.

Attorney General James said New York will always be a safe haven for abortion seekers. James said she will work with low-income New Yorkers and people from hostile states who want an abortion.

Senator Gillibrand said the ruling was more of a political, rather than a legal decision. She called the ruling a step backward for women’s rights.

“Today is a devastating day for all Americans. Today, more than half of the American population became second-class citizens, stripped of their constitutional right to privacy and bodily autonomy, regardless of where they live," Gillibrand said.

State Senator Samra Brouk said she’s angry at the ruling and she remains committed to reproductive rights through her role as an elected official.

"I, and countless women across the nation, are filled with rage, sadness, and fear. Today’s decision out of the Supreme Court is an egregious attack on human rights," Brouk said.

"Every American should be outraged—if not for the attack on bodily autonomy and privacy, for the lack of impartiality in our nation’s highest court."

“It is not, nor has it ever been, the role of government to fabricate rights," Harden said. "The rights government creates will ultimately collide with the rights God creates."